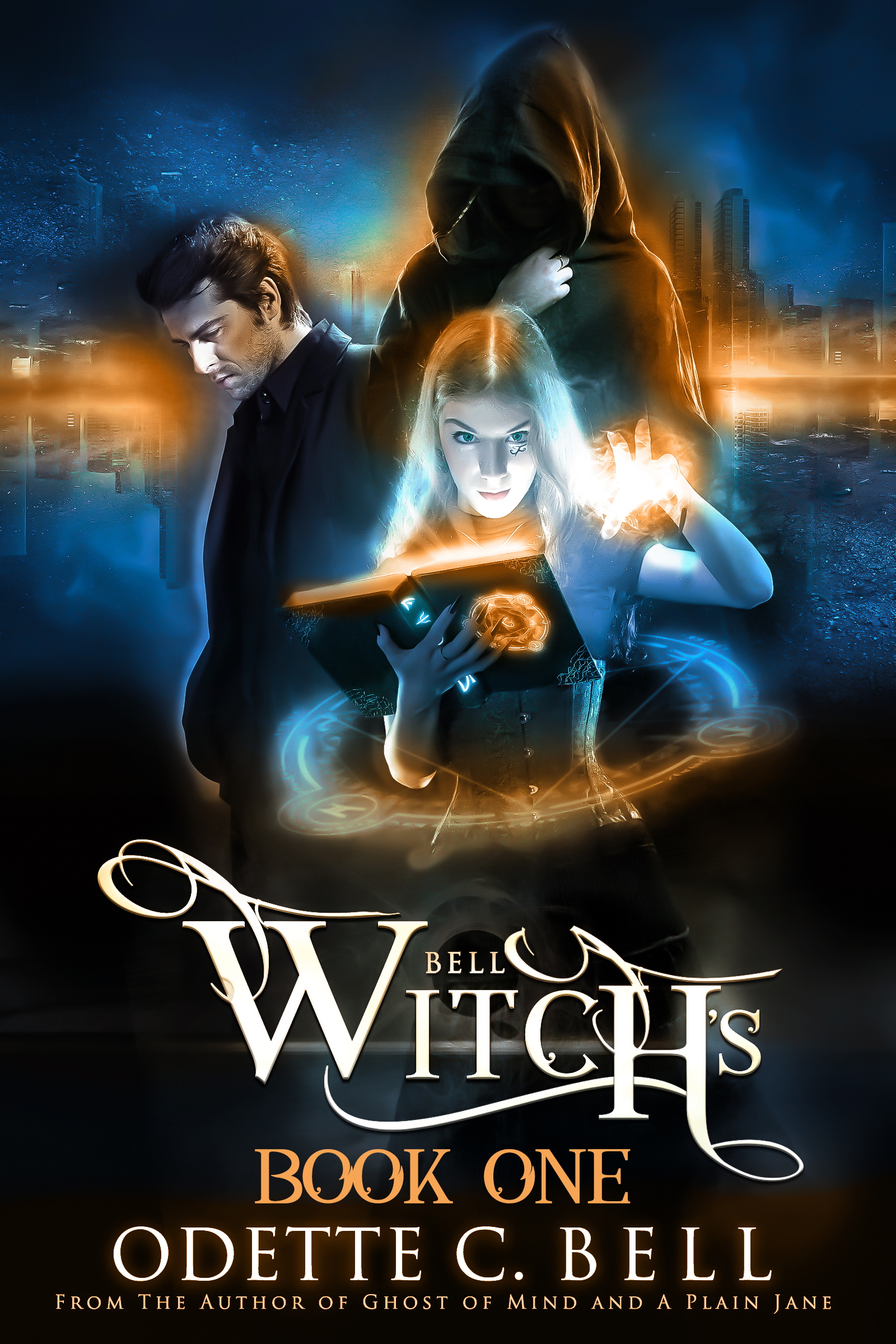 An urban fantasy with everything from romance to mystery, The Witch’s Bell Series follows a feisty witch, Ebony Bell, as she solves magical malady after magical malady.

Can this witch survive in a world of magic, possibilities, danger, and love?

Ebony Bell owns a cantankerous magical bookstore with a personality like a battering ram. Her best friend is a detective who drives like a bat out of hell. And a tall, dark, handsome, but seriously irritating stranger by the name of Nathan Wall has just walked into her life.

Oh, and she’s a witch. A consultant witch, to be precise. She spends her mornings selling books and her evenings investigating magical crimes for the local police department.

While her life is messy, she manages, until one investigation ends in a costly mistake. She reveals her powers to a normal human, and in punishment is severed from her magic for one lunar cycle. If that was her only problem, she would cope, but very soon darkness surrounds her.

Something is after Ebony Bell. She must fight it, or die. And if that wasn’t bad enough, she has to rely on the help, and kisses, of that darn Nathan Wall.