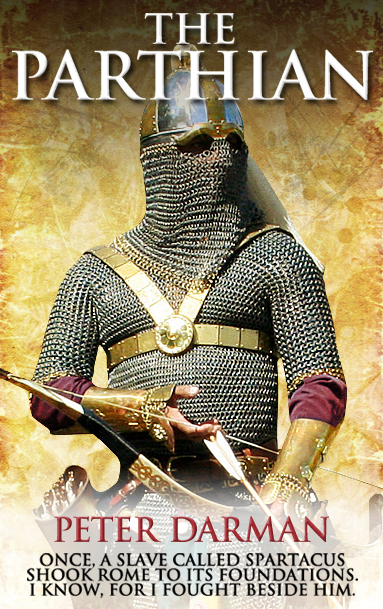 “This is the story of Pacorus, a prince of the Parthian Empire. When the two mighty empires of Parthia and Rome clash, Pacorus and his warriors are captured and sent to Italy in chains. Landing in Italy near Mount Vesuvius, they are set to endure a living hell in the fields under the overseer’s whip. But fate intervenes and they are freed during an attack on the camp of their Roman captors by Spartacus and his followers. Pacorus accepts the offer of Spartacus to raise a force of horsemen to fight with him against the Romans. Thus begins the epic tale of the Spartacus slave revolt, as told by the friend and cavalry general of the slave leader, a tale of love, war, savagery, honour and the eternal quest for freedom.“