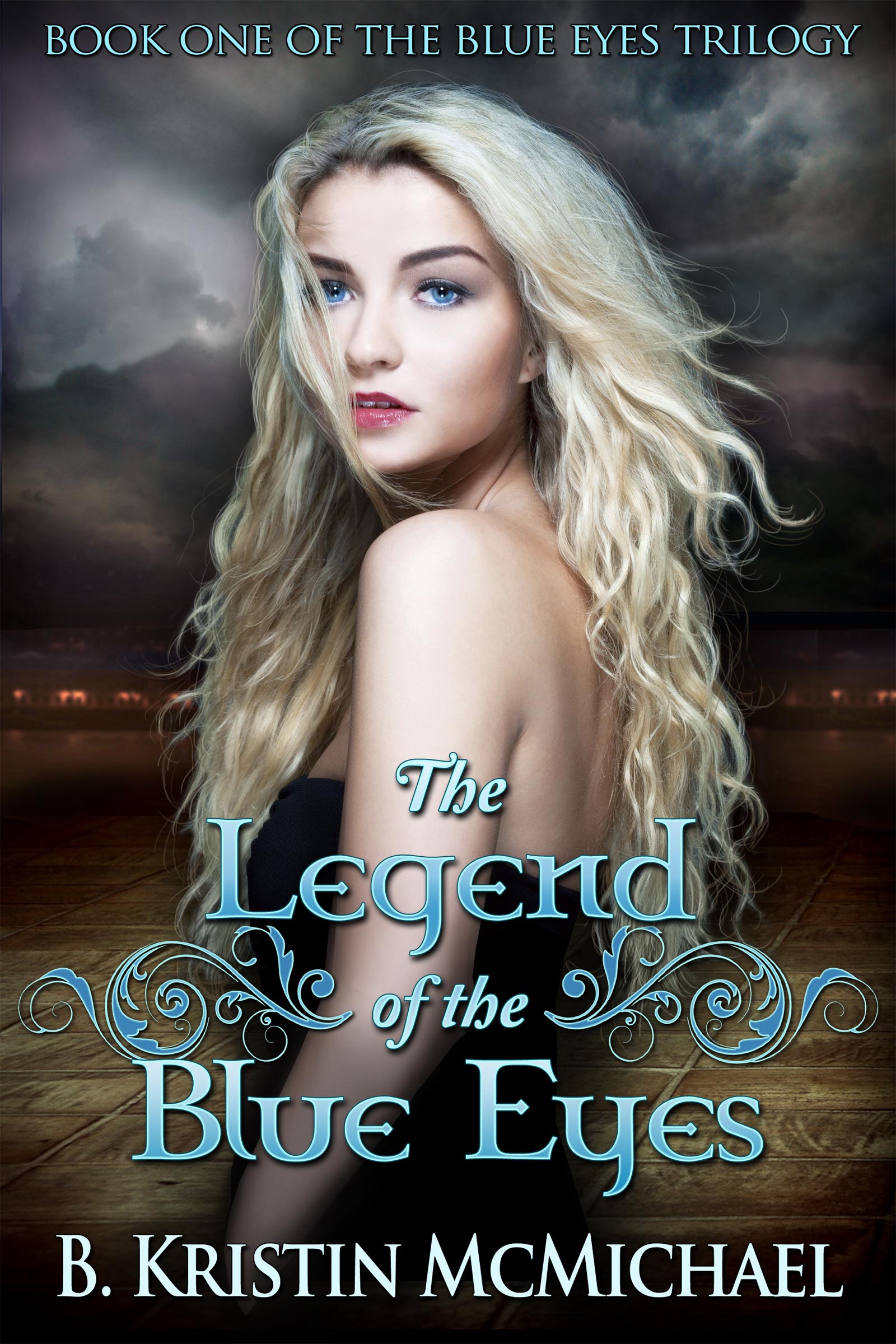 Welcome to the night. You thought things that went bump in the night only exist in books and movies? So did Arianna Grace, until she became one of them. But she is not the only type of night human that lives off of drinking blood. As the rarest and only one of her kind, Arianna must find her place in the world in the young adult novel “The Legend of the Blue Eyes”.

Arianna Grace liked her boring, Midwestern, teenage life where she ignored the many unanswered questions of her childhood. Why were her parents dead? Why did she not have family? Where was she raised until she was five? When someone offers to explain it all, Arianna thinks she’s just getting answers. Instead, she is thrown into a world of night humans who drink blood.

On Arianna’s sixteenth birthday, her world is thrown upside down when she changes into a vampire. Night humans, or demons, as some call them, live in normal society. Learning all of the new rules of a world she didn’t know existed might be hard enough, but it’s further complicated by two former-friends that now want to help her take her role as the successor to her grandfather.

There is a war going on between the night humans. Sides have been taken and lines are not crossed. Four main clans of night humans are struggling for control of the night. Divided into two sides, clans Baku and Tengu have been at war for centuries with the clans Dearg-dul and Lycan. That is, until Arianna Grace finds out the truth; she’s the bridge of peace between the two sides. But not everyone wants peace. With the night humans divided, Arianna is now a pawn in the war between them. She must choose a side—her mother’s family or her father’s—and for once in her life, decide her own fate.

“The Legend of the Blue Eyes is overall a fantastic read with a new spin on the world of the Night Humans. The story feels natural, not forced, and I think that this series will really develop into something great.”
-Bethany@Reading Vixens

“Okay! WOW! This novel is amazing!! I’m surprised at just how much I enjoyed reading this novel! The Legend of the Blue Eyes is the first novel in the trilogy and let me tell you, its worth a read! B. Kristin McMichael has a new and original take on Vampires and the Vampire World.”
-Ana @SoManyBooksSoLittleTime

“Arianna finds herself embroiled in kidnappings, poisonings, and nefarious plotting to undermine current leadership. With little choice but to embrace this new life, Ms. McMichael keeps you interested in Arianna’s rise to glory and pursuit of adjustment and happiness. The story is far from done.”
-Carmen@TheReadingCafe