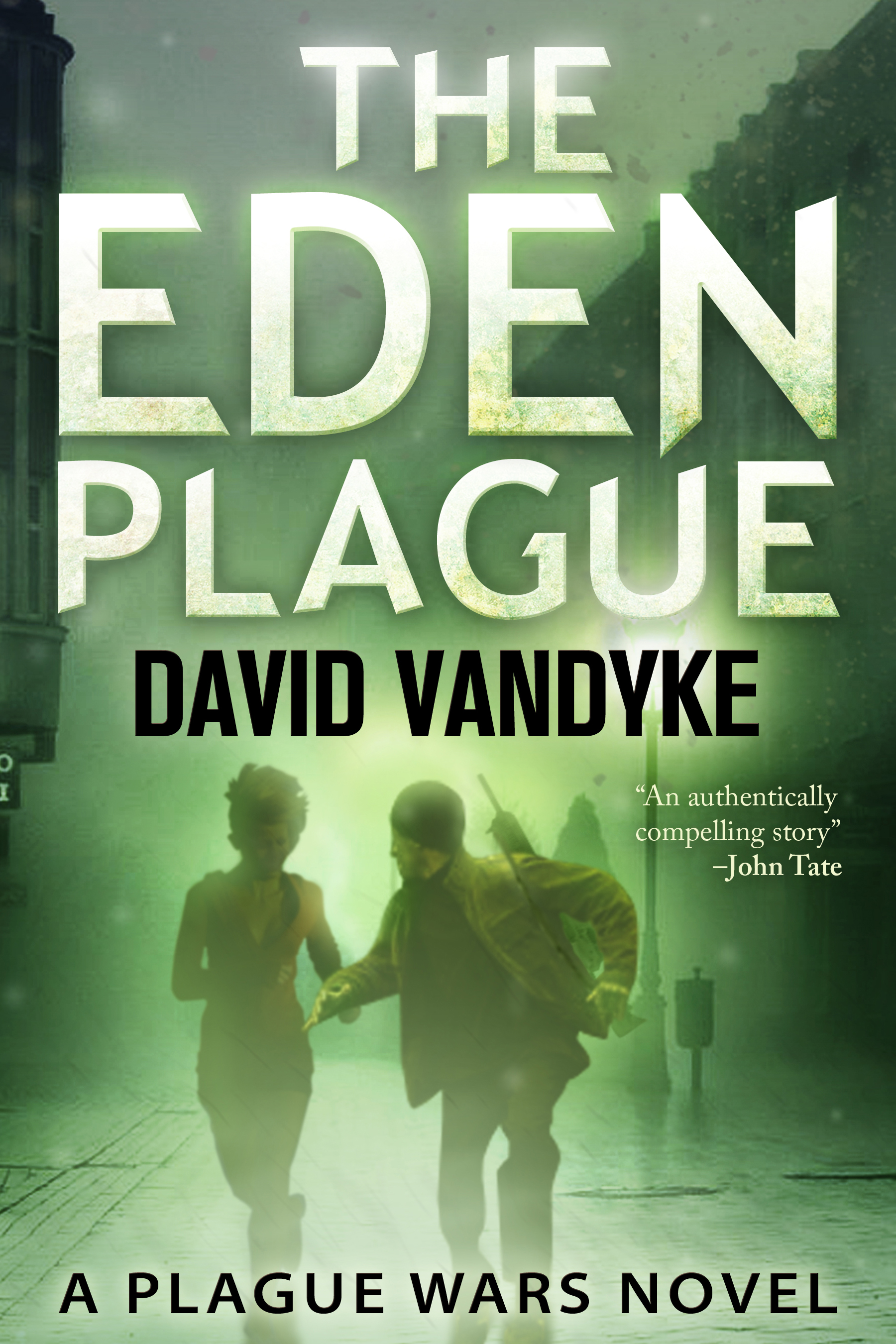 When veteran combat lifesaver Daniel Markis finds a mystery woman with armed invaders in his home and it all goes sideways, he turns to his brothers in arms to fight back. On the run from the shadowy Company, soon he finds himself in a war for possession of a genetic engineering puzzle that threatens the stability of the world. But who is behind it all – and are they even human?

The Eden Plague is a futuristic thriller that will grip the imagination of readers who relish high-energy adventure. No zombies were harmed in the making of this book. In fact, no zombies appear anywhere in this book. Seriously. It’s not a zombie book.

The Plague Wars apocalyptic thriller series begins in the world of today with a man and a woman twined together by circumstances, destined to change the world. It leads readers into an ever-darkening future of upheaval, struggle and war marked by the depths of evil and the heights of selfless sacrifice. Plagues, new technologies and extraterrestrial meddling provide the backdrop for heroes and villains to struggle for control of the destiny of humanity.