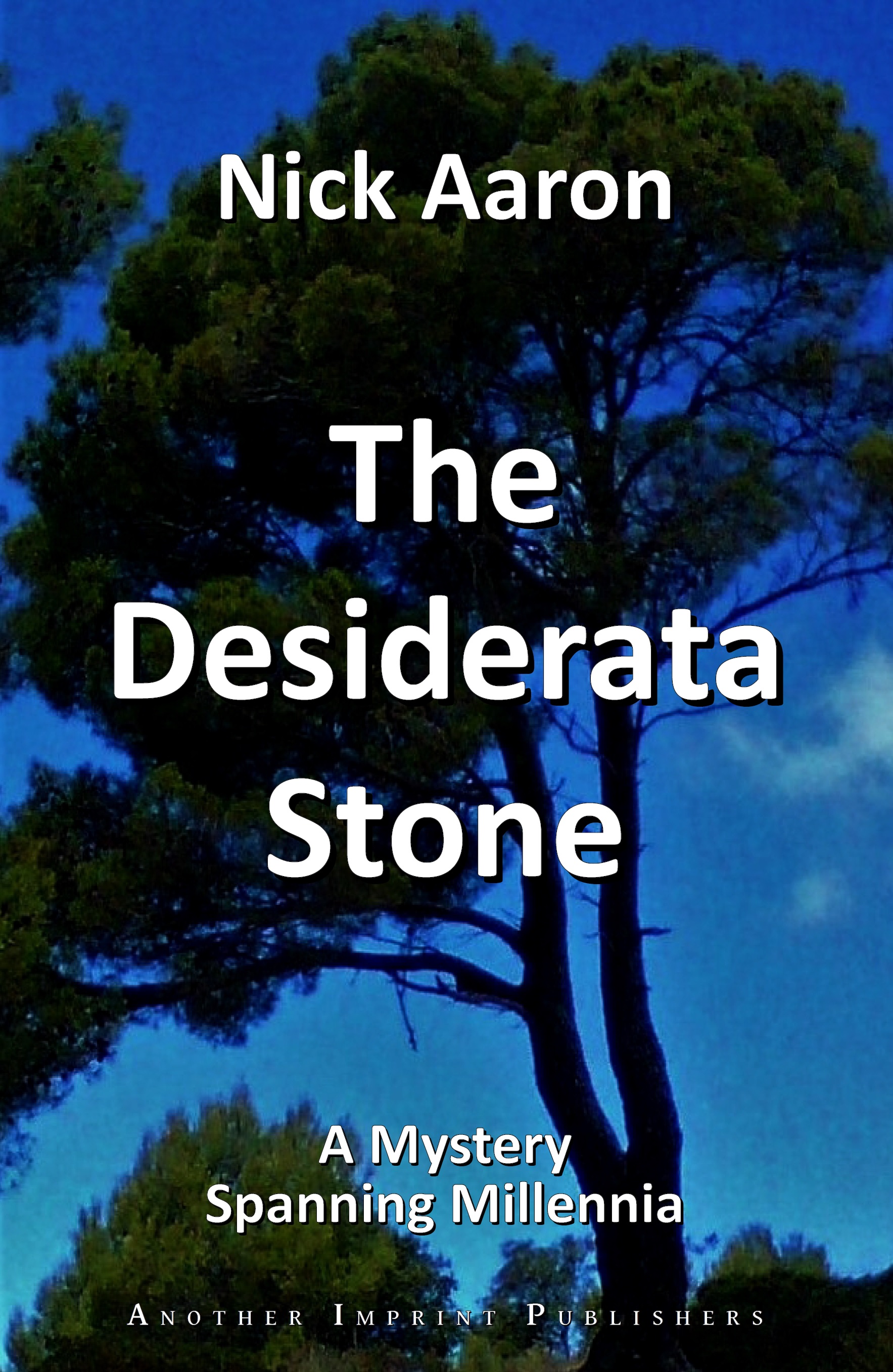 Daisy Hayes was a sculptress, and blind since birth. In 1964 a French priest came to visit her at the collective studio in north London where she worked. He was fascinated by the impaired artist and told her, “There’s this program at the Vatican Museums, where people like you get an opportunity to study archaeological artifacts by touch. Are you interested?” — “Of course, mon Père!”
In AD 64 a blind masseuse working at the baths in Rome overheard some important men preparing to set fire to the city and seize power. When they found out that she knew too much, they had her arrested and tried to eliminate her. She decided she had to leave a message revealing the plot, and did everything she could to save her hide.
So, as a Vatican intern 1900 years later, Daisy uncovered a mysterious message from antiquity: the Desiderata stone.