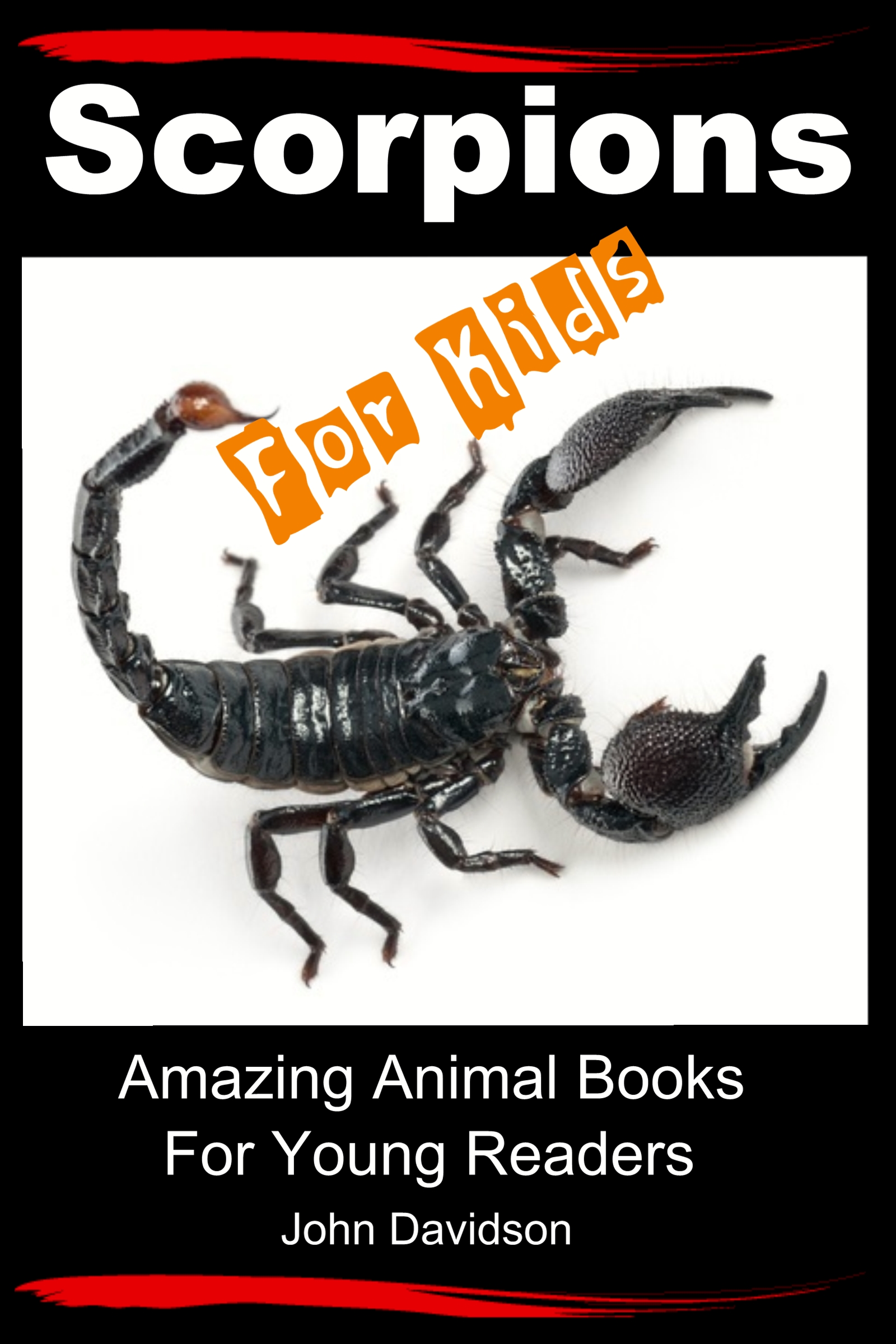 The series is known as one of the most beautiful on the ereaders. The pictures look great even in black and white and are excellent on the full color ereaders.
Lots of facts and photos will help your children learn about this wonderful animal. Children are given a well-rounded understanding of this beautiful animal: its anatomy, feeding habits and behavior.

*** You and your kids will love learning about Scorpions***

2 Descriptions
Do not be afraid and feel sick by seeing these creatures, as they are also a part of the Earth. They are predator and they are classified as anthropoids. They are included in the class Arachnida and they are in the order Scorpionses.
They have 8 legs and their have a pair of dangerous looking claws and narrow partitioned tail. Those features create the unique picture of this awesome creature. The tail is consisted with a special organ that is used to inject venom to its pray. The venom comes from 2 glands and it is very useful in hunting as well as self defence. They do not have a skeleton inside the body but they have a shell or exoskeleton out side of the body. That structure is made of a substance called chitin. Their size is between 9MM-20CM..But there are larger species in certain parts of the world.
These wonderful creatures cover entire globe except Antarctica. It can live in various habitats, but unfortunately it can not be found in high latitudes of Tundra. The scientists have recorded more than 13 families so far and 1,752 sub species. It is said that those scorpions have venom, which is capable of killing people, but it is not a correct assumption. Only 20 killer species are found from the entire number of species. That is a good news fro the nature lovers. They can have the pleasure of the nature, without fearing deadly scorpions. The scorpions have along history in the evolution. As a whole they are considered as venomous and deadly living entities.