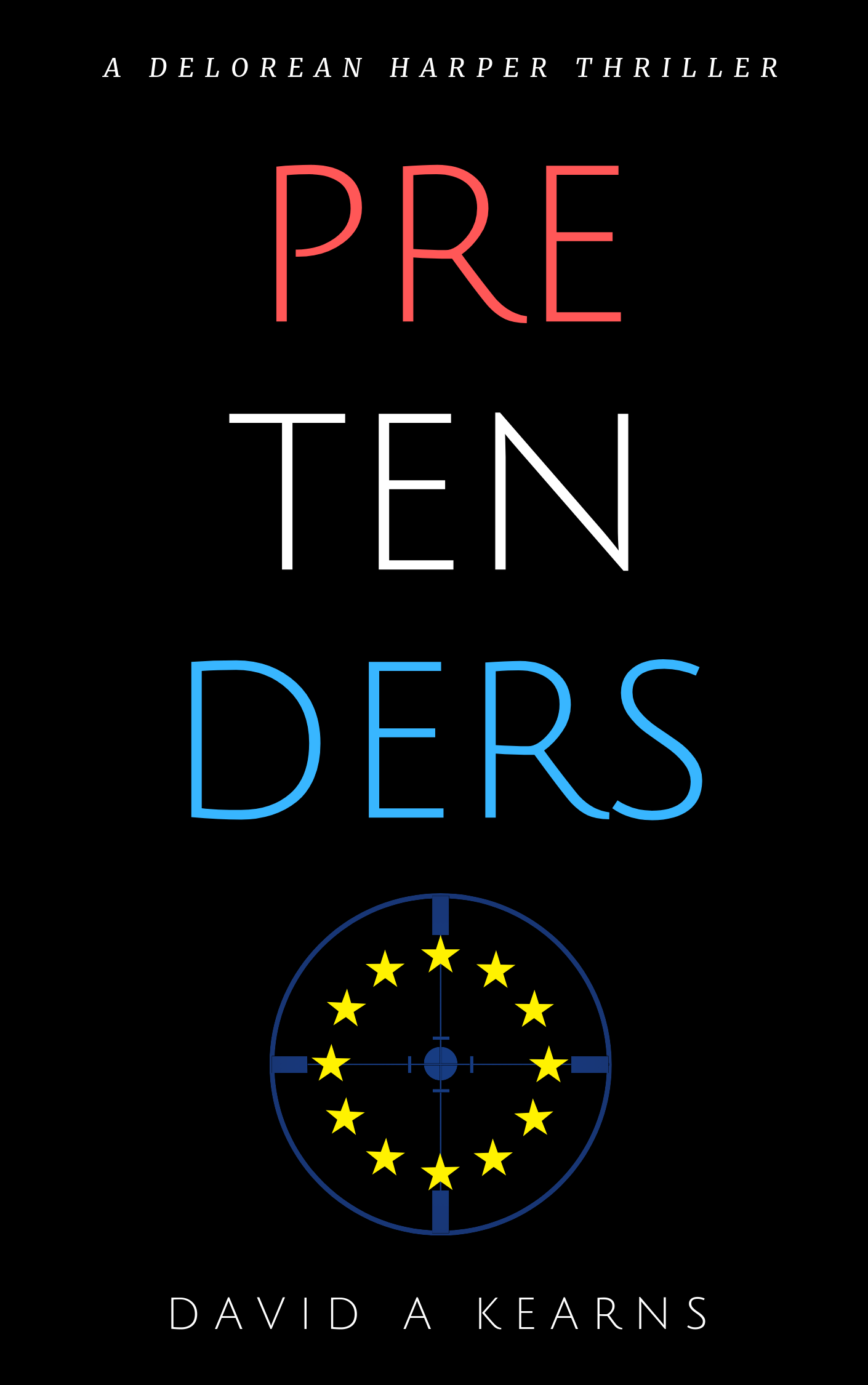 Pretenders stretches the boundaries of a political thriller to be much more. It’s a story about passion, failure, courage, triumph, and the price that must be paid to put demons to rest.

When Sandy accepts a job coordinating security for a U.S. Senate candidate in Idaho, she has no idea what she’s getting into. Expecting high pay and the chance to prove herself on a national stage, she finds herself dealing with brazen death threats, mudslinging, and her own attraction to the man she’s risking her life to protect.

Delorean realizes that Sandy is drifting away from him, so he decides to look more closely into Sandy’s world. What he discovers rocks him to his core, and sends him on a careening path through a hidden world of desperate runaways, gold mines, and sadistic messiahs who promise salvation while delivering hell.

By the time this campaign is over, the scars on Sandy and Delorean will be lasting and deep.