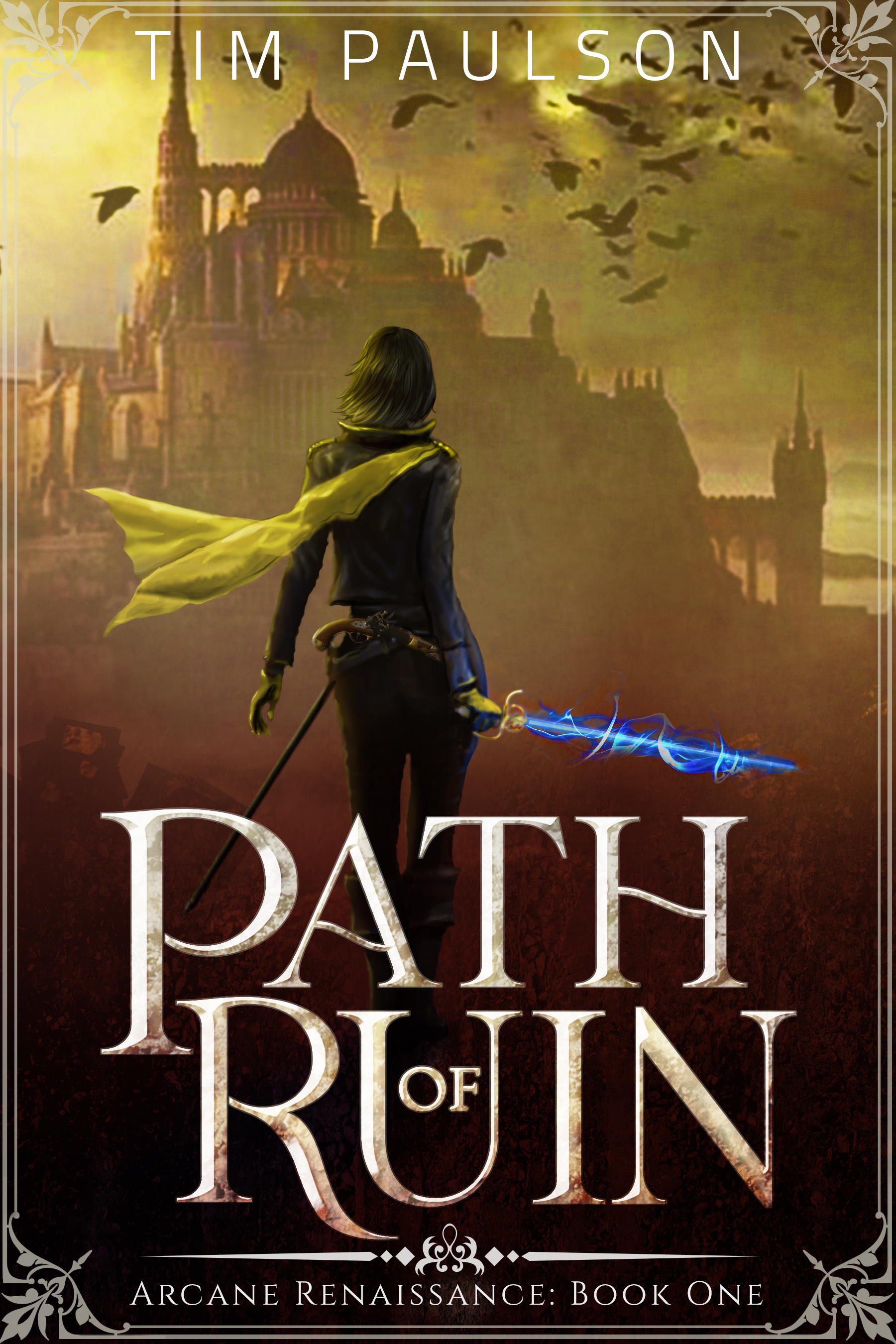 Henri left his career and fled to the frontier to protect his son. Out here he thought his greatest worry would be keeping the old forge hot enough to make piles of nails and horseshoes for the locals. He was wrong.

Goliath knight Mia does not belong. She’s a loner who never questions where the power of her weapons comes from or where her orders lead her. All of that is about to change.

When the armies of Baron Halett and the Holy Ganex Empire clash, Henri’s greatest fears will be realized when his boy is infected by nineteen twisted souls. A mysterious figure offers a solution but only if Henri does exactly as instructed, should this person be trusted? Henri has no choice but to set out with Mia on a desperate quest through a world at war to save the child… before he is consumed.

Set during an age of exploitation and plunder where ancient magic is harnessed to power Renaissance-era technology, Path of Ruin is an epic fantasy adventure with mecha! Swords & sorcery, gunpowder, cannons, and magnificent granite golems known as goliaths, await the reader in this grand series.