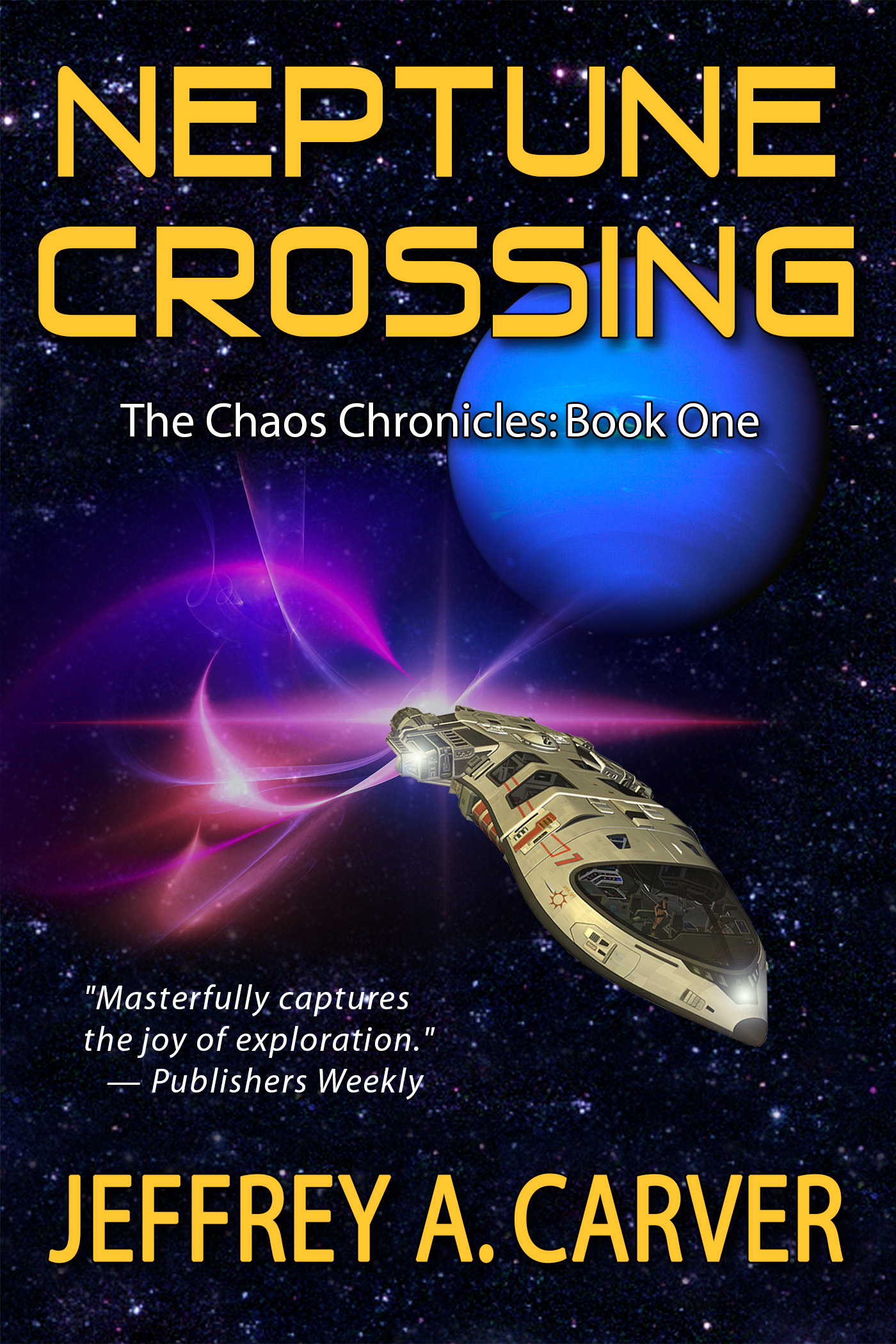 Authored By:  Jeffrey A. Carver

When John Bandicut sets out across the surface of Triton, he’s hardly ready for the storm of chaos that’s about to blow through his life. The alien quarx that soon inhabits his mind is humanity’s first contact with an alien life—a contact Bandicut can reveal to no one. The quarx, part of an ancient galactic civilization that manipulates chaos theory to predict catastrophic events, seeks to prevent a cometary collision that could destroy the Earth. But it must have help. If Bandicut chooses to trust the quarx, he must break all the rules—indeed, sacrifice his life as he knows it—to prevent humanity’s greatest cataclysm. Leaving friends and lover behind, hurtling across the solar system in a stolen spaceship, Bandicut can only pray that his actions will save the Earth. Even if he doesn’t live to see it again. From the Nebula-nominated author of Eternity’s End. DRM-free ebook edition.

“Jeff Carver is a hard sf writer who gets it right—his science and his people are equally convincing. Neptune Crossing combines his strengths, from a chilling look at alien machine intelligence, to cutting-edge chaos theory, to the pangs of finite humans in the face of the infinite. If you like intriguing ideas delivered in an exciting plot, this is your meat.” —Gregory Benford

“Reveals an alien encounter brushing hard against a soul, and takes us from there to the far reaches of the cosmos, all with the sure touch of a writer who knows his science. Jeff Carver has done it again!” —David Brin

“A complex and believable protagonist—an ordinary man rising to extraordinary circumstances—and an alien presence that is at once convincingly strange and deeply real. I’m really glad to have read this one.” —Melissa Scott, author of Dreamships and Trouble and Her Friends

“One of the very best things Carver has written, a traditional adventure filled with mystery and wonder and featuring a likable and believable protagonist thrust onto a stage for which he is ill prepared.” — Science Fiction Chronicle

“A roaring, cross-the-solar-system adventure of the first water. The kind of stuff that made us all love science fiction.” —Jack McDevitt, author of Seeker and Chindi

“With works such as The Infinity Link… and his popular Star Rigger novels, Carver won acclaim as a master craftsman of compelling hard science fiction. This captivating opener to a new series incorporating the emerging science of chaos theory should keep that reputation flourishing… Carver has created yet another electrifying scenario as well as a winning combination in Bandicut and the sometimes vulnerable yet superintelligent quarx. First-rate entertainment.” — Booklist