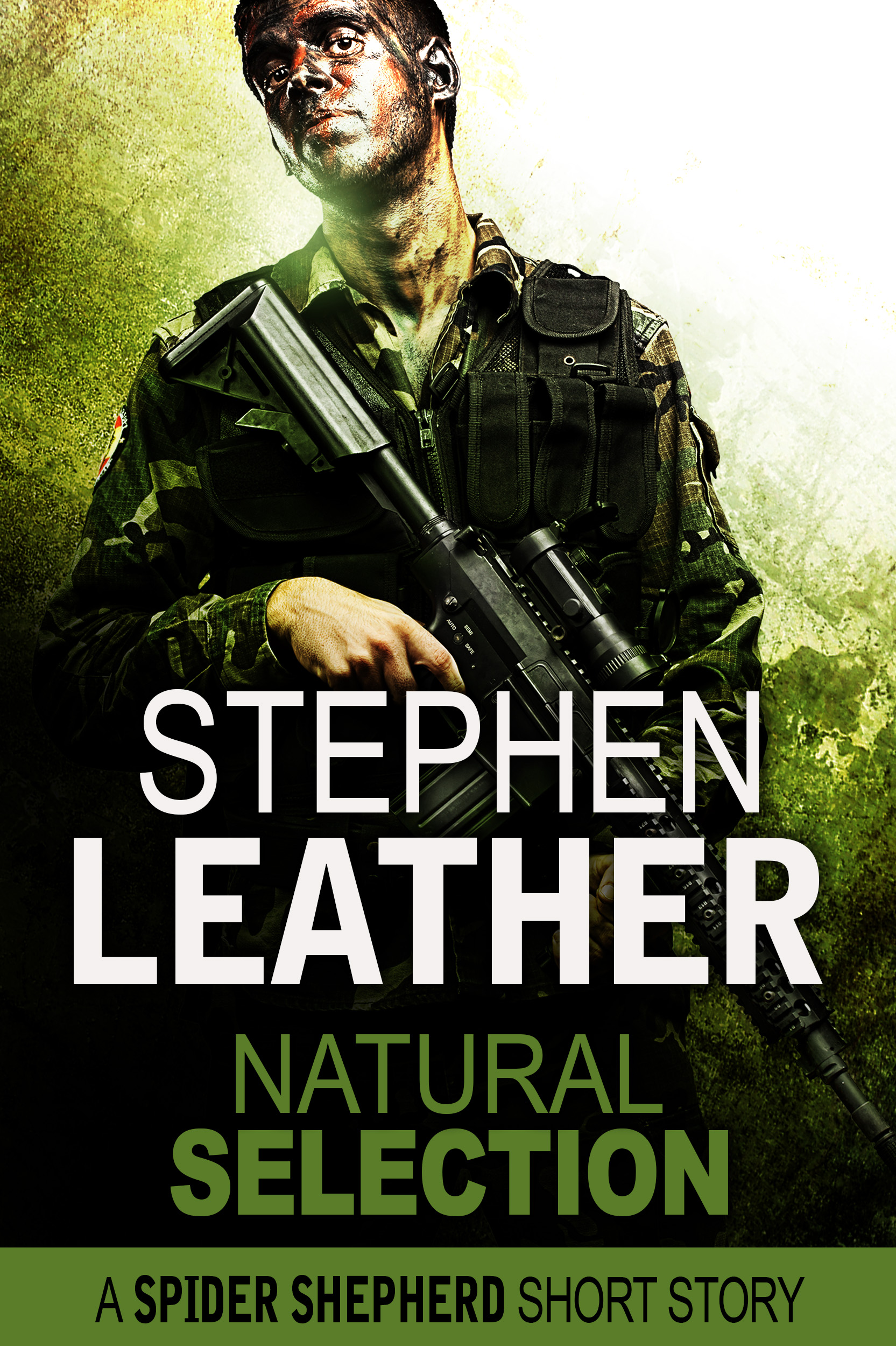 An action-packed short story featuring Dan “Spider” Shepherd during his days on the SAS selection course. Shepherd is tested to his limits and gets his nickname.

Natural Selection is about 14,000 words, about thirty pages, perfect if you have half an hour to spare.

Stephen Leather is one of the UK’s most successful thriller writers. He was a journalist for more than ten years on newspapers such as The Times, the Daily Mail and the South China Morning Post in Hong Kong. Before that, he was employed as a biochemist for ICI, shovelled limestone in a quarry, worked as a baker, a petrol pump attendant, a barman, and worked for the Inland Revenue. He began writing full time in 1992. His bestsellers have been translated into more than ten languages. He has also written for television shows such as London’s Burning, The Knock and the BBC’s Murder in Mind series. Two of his books, The Stretch and The Bombmaker, were made into movies.