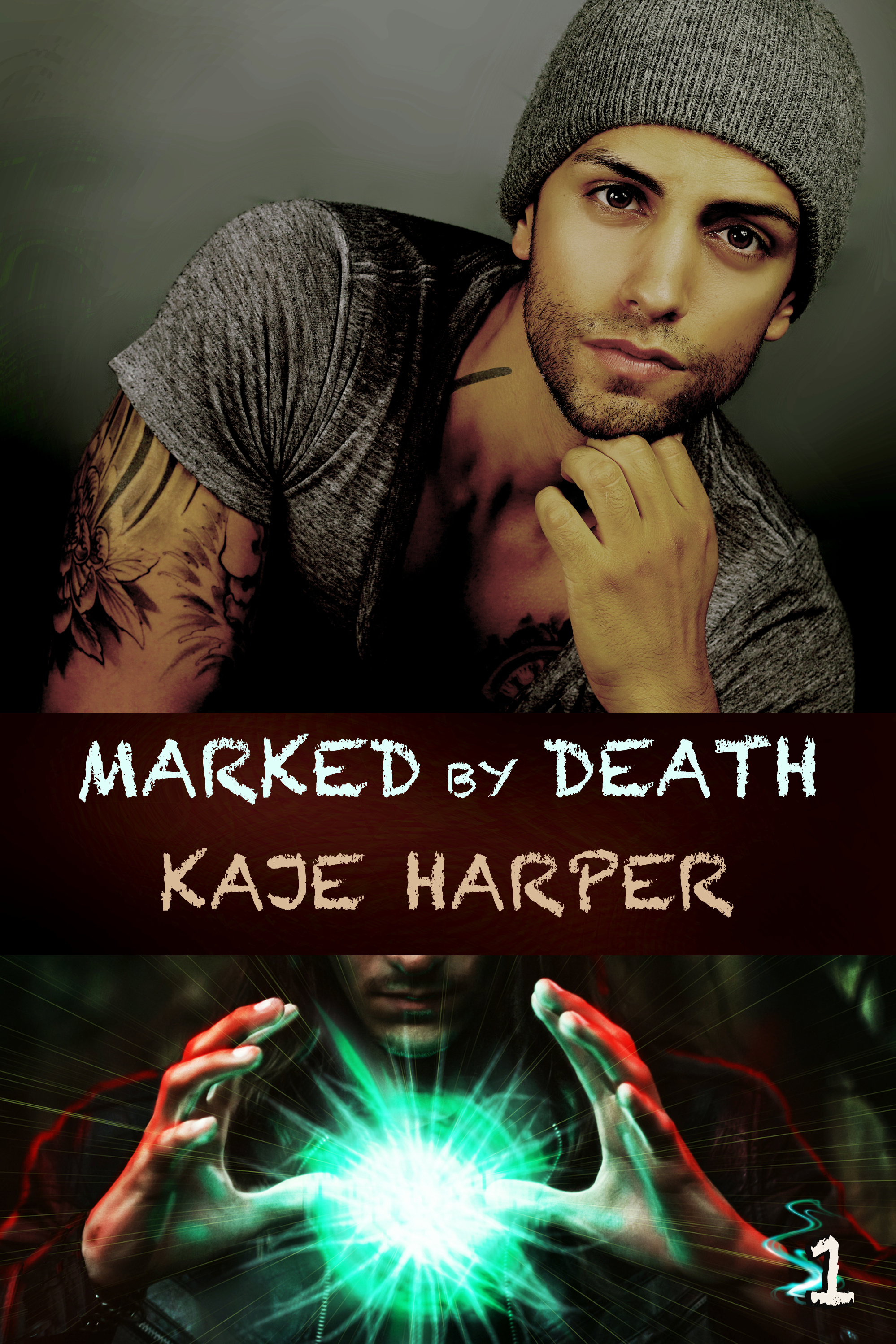 Darien’s hearing voices in his head, but the tattoos forming on his skin may mean he’s not just going insane. He needs someone who can deal with ghosts. Necromancer Silas isn’t crazy about being woken by a stranger demanding help, but even Grim, his cat-familiar, agrees— in a world of death and demons, protecting gorgeous, ghost-ridden Darien is Silas’s next difficult job.

Asking a necromancer for help is scary; falling for him may be downright terrifying.

Darien Green’s afraid he’s going insane. The voices in his head are getting louder, weirder, and more numerous. But tattoos appearing on his skin say that there might be a magical reason, something other than his own brain going around the bend. He’s worked up the nerve to ask the local necromancer for help. Now he just has to survive his encounter with tall, dark, and talks-to-ghosts.

Necromancer Silas Thornwood doesn’t appreciate being woken out of his bed by a stranger pounding on his door. But when that stranger turns out to be a half-frozen young man with an unexpected appeal, Silas can’t turn him away. Even Grim, his cat-familiar, agrees— in a world of death and demons, protecting gorgeous, ghost-ridden Darien is Silas’s next difficult job.