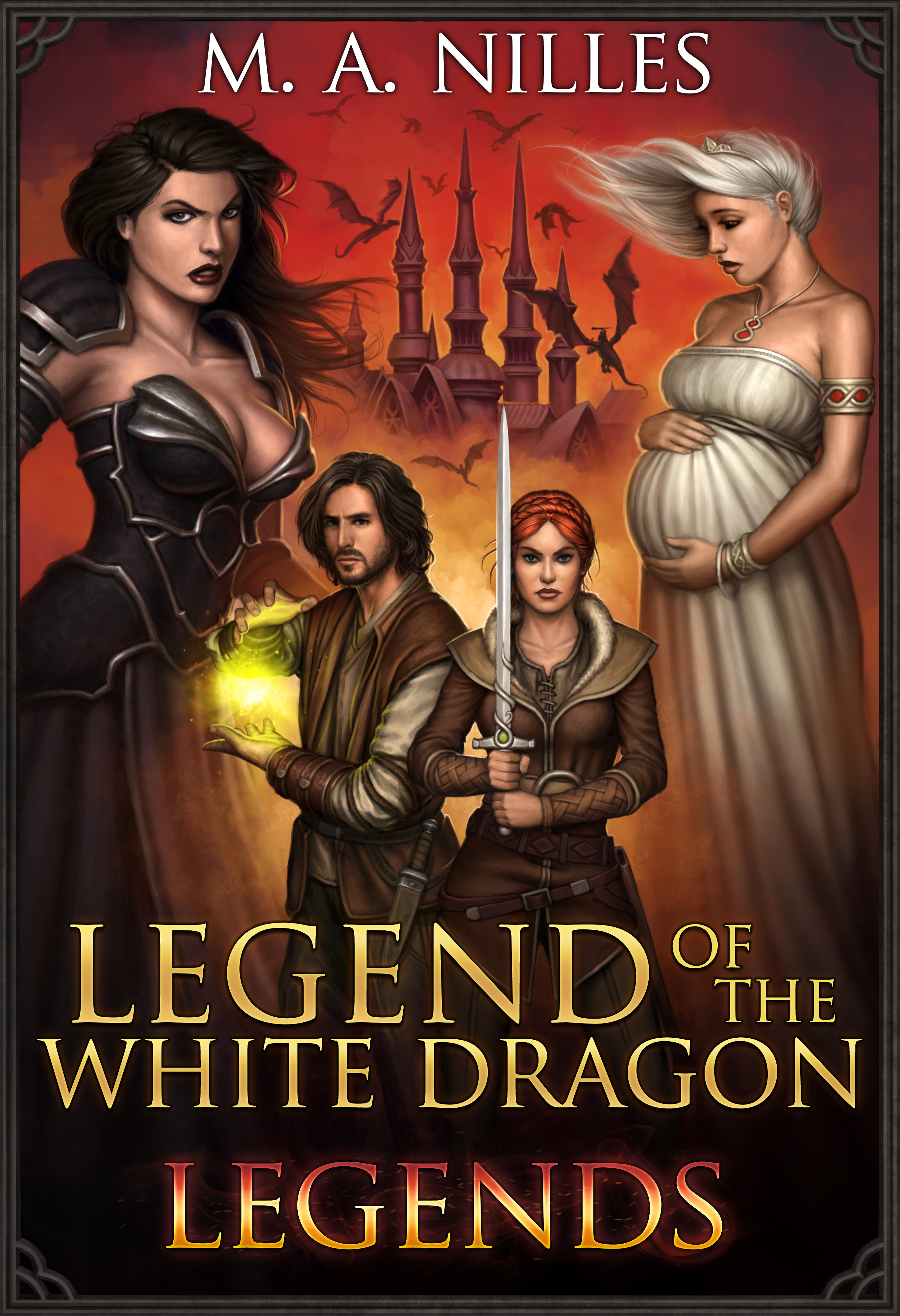 Legends is the beginning of an epic story of many individuals whose lives have been linked in the battle for the fate of their world.

The sorceress Lusiradrol, exiled to human form thousands of years earlier from her life as the terrible black dragon, has awakened her Red Clan. The true dragons are ready to renew their ancient wars to save the world, but they cannot do it alone. Unfortunately, the magi and the two races of men are far from ready to face the darkness unleashed by Lusiradrol.

The white dragon was made to banish her, one who could unite all beings of Light, but his return is not as any foresaw. Through a woman who guards his power and his spirit, he will be reborn. But will he be too late to save the world?