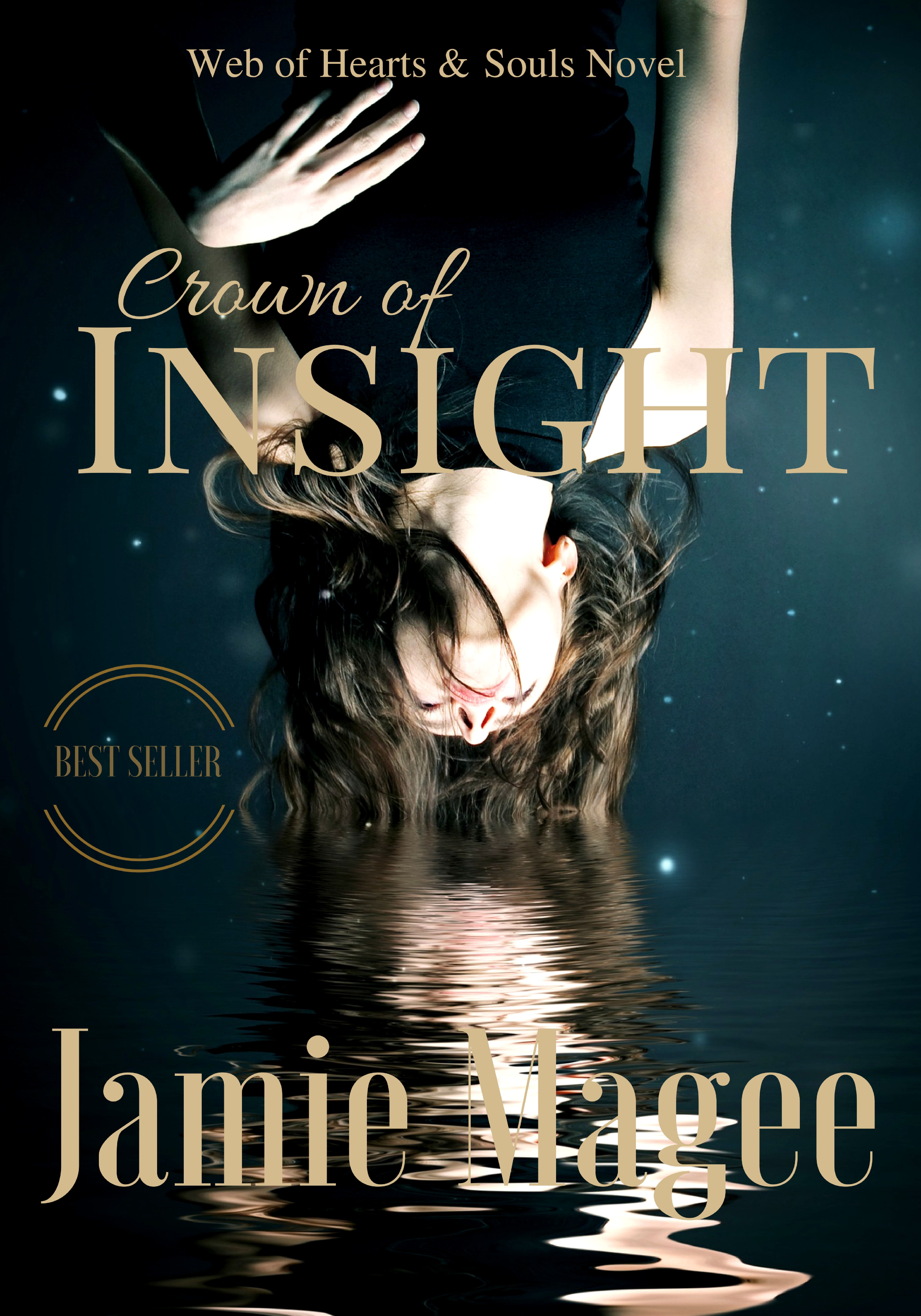 Cursed with the chains of an empath insight and vivid dreams, Willow Haywood has learned to live her life on the defense.

Her world shatters when an ominous figure in her dreams leaves behind an omen that follows her into her waking hours. As Willow learns the beautifully dark secrets of her life she has no choice but to flee to unknown dimensions.

Secrets, lore, and the one made of her soul await her. Haunting lives of the past beckon her due.

This isn’t the love story you know…

“A powerful thought-provoking story that reaches across realms of life and death, love found and lost, and the classic battle of the darkness invading us all.”

“A richly original telling of the meeting of two souls.”
Special note to the reader: This Novel is part of the “Web of Hearts and Souls,” a massive story where more than one series connect. The series can be read separately or together.

COMBINED WEB OF HEARTS AND SOULS READING ORDER: Insight, Embody, Image, Whispers of the Damned, Witness, Vital, Vindicate, Synergy, Enflame, Redefined, Rivulet, Imperial, Blakeshire, Derive, Emanate, Exaltation, Disavow, The Witches, Revolt, Scorched Souls.
*If you are a fan of Adult Paranormal Edge (Season 1&2) can be read with the Web of Hearts, before of after Exaltation–the stories share the same characters. Season 3 can be read after Scorched Souls

We all fell hard for Twilight. We lost ourselves in the teen angst of Vampire Diaries, Fallen, and Hush, Hush. We found courage in the pages of Hunger Games, Divergent, and the Maze Runner. Our imagination was on fire inside of Mortal Instruments, Throne of Glass, and The Red Queen. We fell back into our childhoods with the likes of Cinder. And now we have the compelling, enigmatic, character driven thrill ride of the long reaching contemporary fantasy series INSIGHT.

Fans of contemporary and paranormal fantasy you cannot go wrong! Looking for ghosts? Angels? Demons & Devils? Witches? Gods? How about action and adventure wrapped around the romance of soul mates? Do you like to dive into the mystics? Science Fiction elements found in our own realm? Past lives or the zodiac? Ancient and modern civilizations? Spirituality? A setting that is contemporary, urban, and otherworldly? How do you feel about psychics? What about gothic elements? All of this and so much more is wrapped in this long reaching teen series. Insight is the foundation for not only its self titled series but also as a thread in the Web of Hearts and Souls Series, where several series intertwine to offer a mind-bending experience for the reader. If you’re looking for originality and one hell of a deal this series is HIGHLY RECOMMENDED.