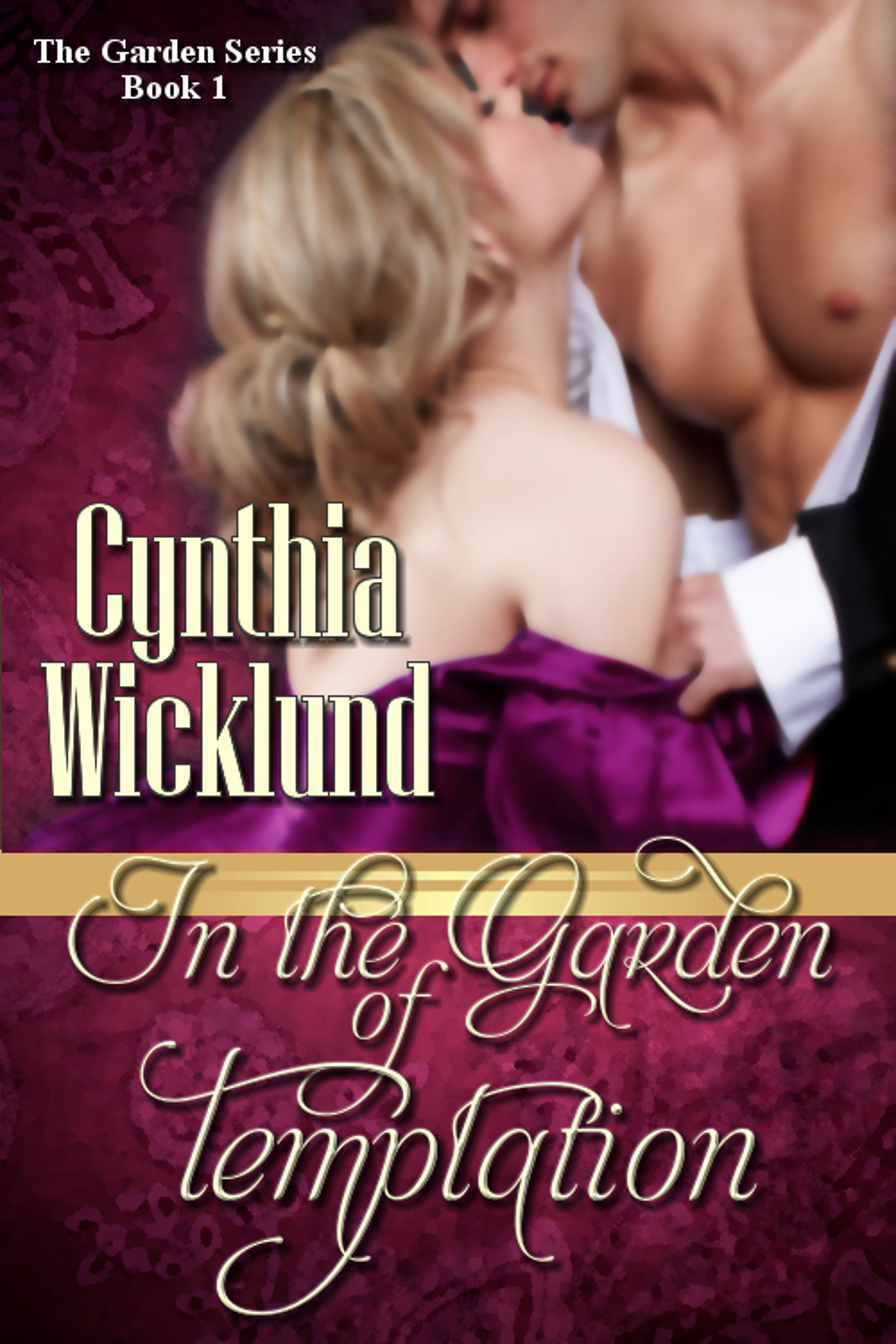 Adam Stanford always does the right thing, but when he meets Catherine Bourgeault honor and gentlemanly conduct are forgotten. He’ll risk his reputation and all he holds dear to possess this amazing woman. However, what seems like a straightforward effort to purloin another man’s wife is fraught with deceit and the dark secrets of a demented man who’ll do anything to save his empty marriage. Less
Lose yourself In the Garden of Temptation.

Honor – Adam Stanford, Earl of Ashworth, has always done the right thing.
Desire – Lady Catherine Bourgeault, lonely and rejected, longs to experience passion, to love just once in her life.
Treachery – The Baron Bourgeault, to what extremes will an obsessive, unstable man go to achieve his own dark ends?
Seduction – In the face of a love that will not be denied, Adam and Catherine risk everything to be together.
Betrayal – What price must Catherine and Adam pay for a forbidden love in a time when honor meant everything?

Excerpt:
Catherine didn’t know if she wanted to tell Lord Ashworth about her retreat. She had come upon it not long after her marriage to Edgar, and it had offered her the only peace she was to know for a long time.

It was dangerous to share the only thing that belonged to one. Yet the thought of spending an afternoon with the earl in her most treasured place, sharing a leisurely meal, beckoned her. She glanced shyly over her shoulder to see if he still followed.

Lord Ashworth rode only a few yards behind her horse, and he grinned when their eyes met. He had a lazy, sensual smile and, when he looked at her like that, she felt an odd breathless catch in her throat. She wondered how it would feel if he were to place those warm lips to hers instead of the back of her hand.

Within moments they entered a clearing. Catherine dismounted without waiting for the earl’s assistance and swung her arms wide as she turned in a circle about the shaded copse. “What do you think?” she asked.

The earl, still astride, cast his gaze slowly around the tiny glen as he studied the scenery. He then turned his attention to Catherine but did not speak. A suggestive grin broke the calm of his expression as he continued to watch her. “More beautiful than I could have imagined,” he murmured.

Simple statement that, but it held a wealth of meaning. Catherine dropped her arms while staring back in fascination. Her mouth fell open and her breathing quickened. The air vibrated with unspoken words as they shared a moment of absolute understanding. The specter of desire had been brought into the open and was acknowledged.

Experience In the Garden of Temptation today. Meet characters you’ll visit again in the other books in this series.

Coming Soon:
In the Garden of Deceit, Book 4 of The Garden Series