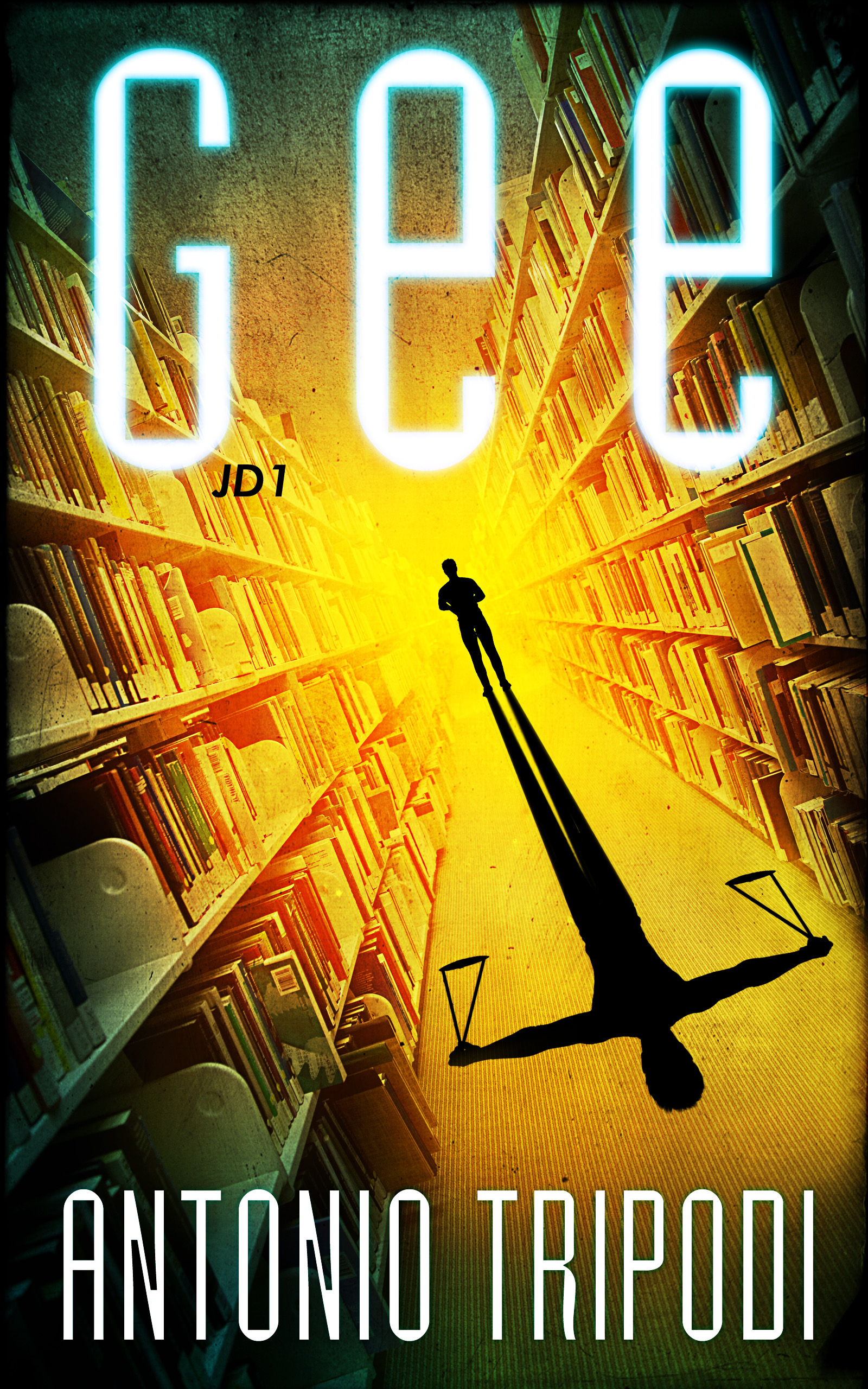 When John Daniels left for the library he expected it to be just another quiet day hunting through journals and periodicals. Then a mysterious package arrived with an impossible device inside, and John’s peaceful world vanished with the death screams of a murdered woman echoing through the library. Forced to confront the pain of his past, John had little choice but to accept an unusual mission.

John lives a comfortable and quiet life. After fighting for years to reach a place where he could be in control of his own life, he has established himself as an independent researcher with the ability to pick which jobs he takes and the luxury of setting his own schedule so that he frequently finds himself at the library where his friend and high-school crush, Sarah Parrish, works as a librarian. However, that all changes the day a mysterious package from an unknown source arrives addressed to John at, of all places, the library. The device inside rips away John’s sense of control and forces him to confront the most painful parts of his past.

Apart from Sarah, only his best friend, Lieutenant Kiel Samuels, knows the secrets and pain of John’s childhood. When circumstances took a seven-year-old John and his little sister, Mia, away from their mother and placed them in the foster system, they were separated. After two years apart, Mia disappeared from the schoolyard one afternoon. Having watched the strain of loss and a stalled investigation kill his mother when he was only eleven, a loss that sent him back into the foster system until he aged out at eighteen, John had finally reached a place where he could accept the likelihood that his sister was not only dead, but that he would never know what happened to her. He thought he had successfully put it behind him and moved on.

But the questions, the uncertainty, and the drive for answers come roaring back to John the moment the device turns itself on and displays a video of the violent murder of an unknown young woman. With a horrified Sarah at his side, John temporarily sets aside the question of where and whom the impossible device came from and sets out to uncover the woman’s identity and find her. Trusting only Kiel and Sarah, John puts his research skills and analytical mind to the task of finding the murdered girl and bringing justice and closure to her family, two things his little sister never got. But when it turns out the murdered and missing girl is just the first of a long list of unsolved cases the device wants John to work on, he is less than pleased. John struggles to generate the same level of passion and commitment when working to free a man wrongfully imprisoned for years. Reluctant to turn his life over to what might be a never-ending mission forced on him by an apparently sentient machine and anonymous benefactor, John’s frustrations finally boil over when the prospect of discovering the truth of what happened to Mia is dangled like a carrot just out of his reach.

Taking his frustrations out on the Gee device and its seemingly limitless power proves to have far-reaching consequences as John inadvertently broadcasts the device’s information in the form of an untraceable website that announces its existence to the world, dominating the news coverage for weeks, overwhelming the already strained criminal justice system, and generating a widespread search for the source of the site. John strives to keep his identity a secret with Kiel and Sarah promising to keep their mouths shut. But as events unfold and powerful, influential people endeavor to protect themselves from the fallout, John finds more than just himself in danger.