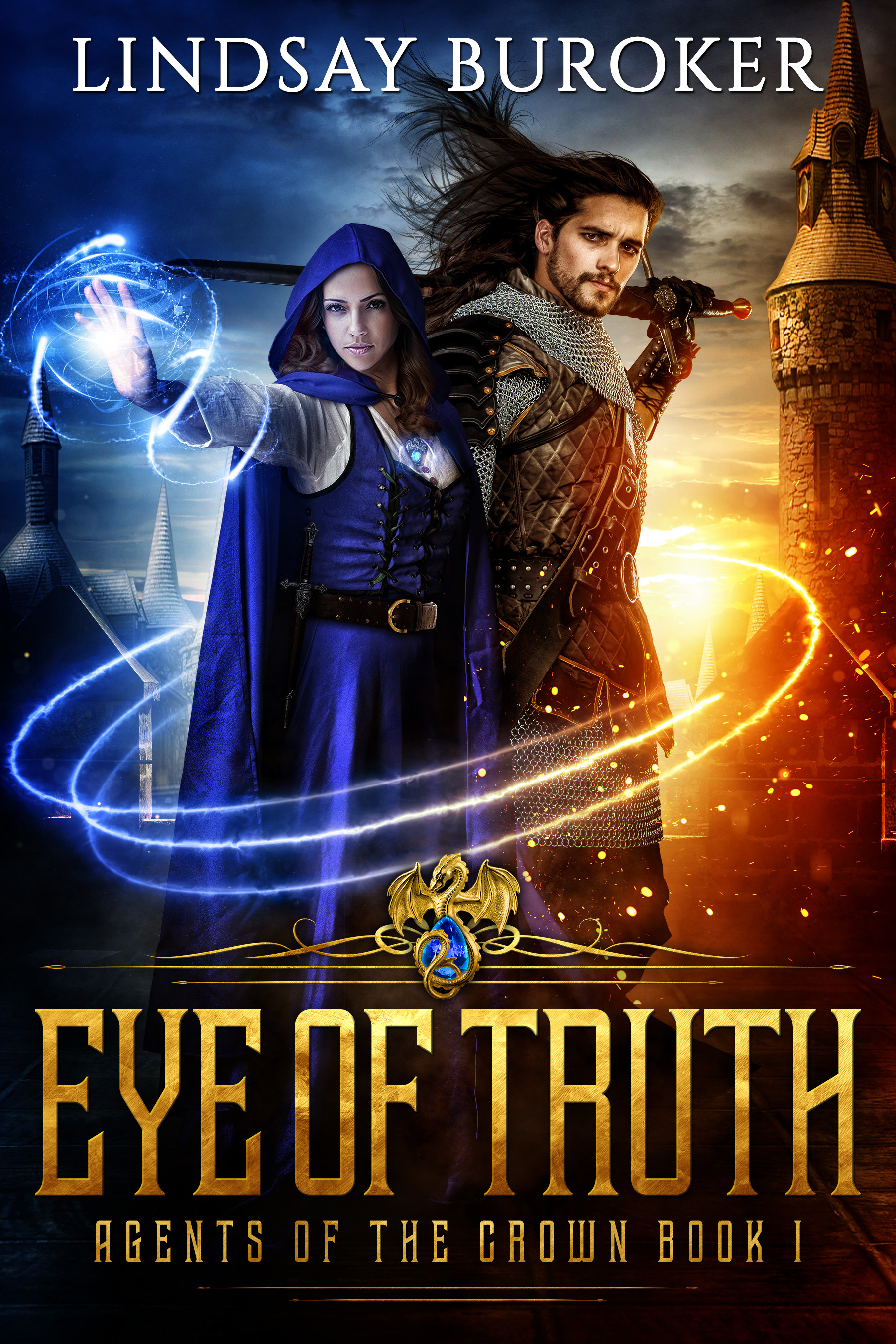 Series Name:   Agents of the Crown

After ten years at war, Jev Dharrow looks forward to hanging up his sword, relaxing with a cool mug of ale, and forgetting that the love of his life married another man while he was gone. But when his ship sails into port, a beautiful woman wearing the garb of an inquisitor from one of the religious orders waits to arrest him.

He’s accused of stealing an ancient artifact with the power to start another war. Jev would gladly hand over the artifact to stop more suffering, but he has no idea where it is or even what it looks like. The inquisitor woman definitely has the wrong person.

Inquisitor Zenia Cham grew up with nothing, but she has distinguished herself as one of the most capable law enforcers in the city, and she’s next in line to become archmage of the temple. All she has to do is find the Eye of Truth, and her superiors are certain that Jev has it.

He tries to charm her with his twinkling eyes and easy smile, but she’s not letting any man get between her and her dreams. Especially not a thief.

If Jev can’t convince Zenia they’re on the same side, find the artifact, and clear his name, his homecoming will turn into a jail sentence. Or worse.