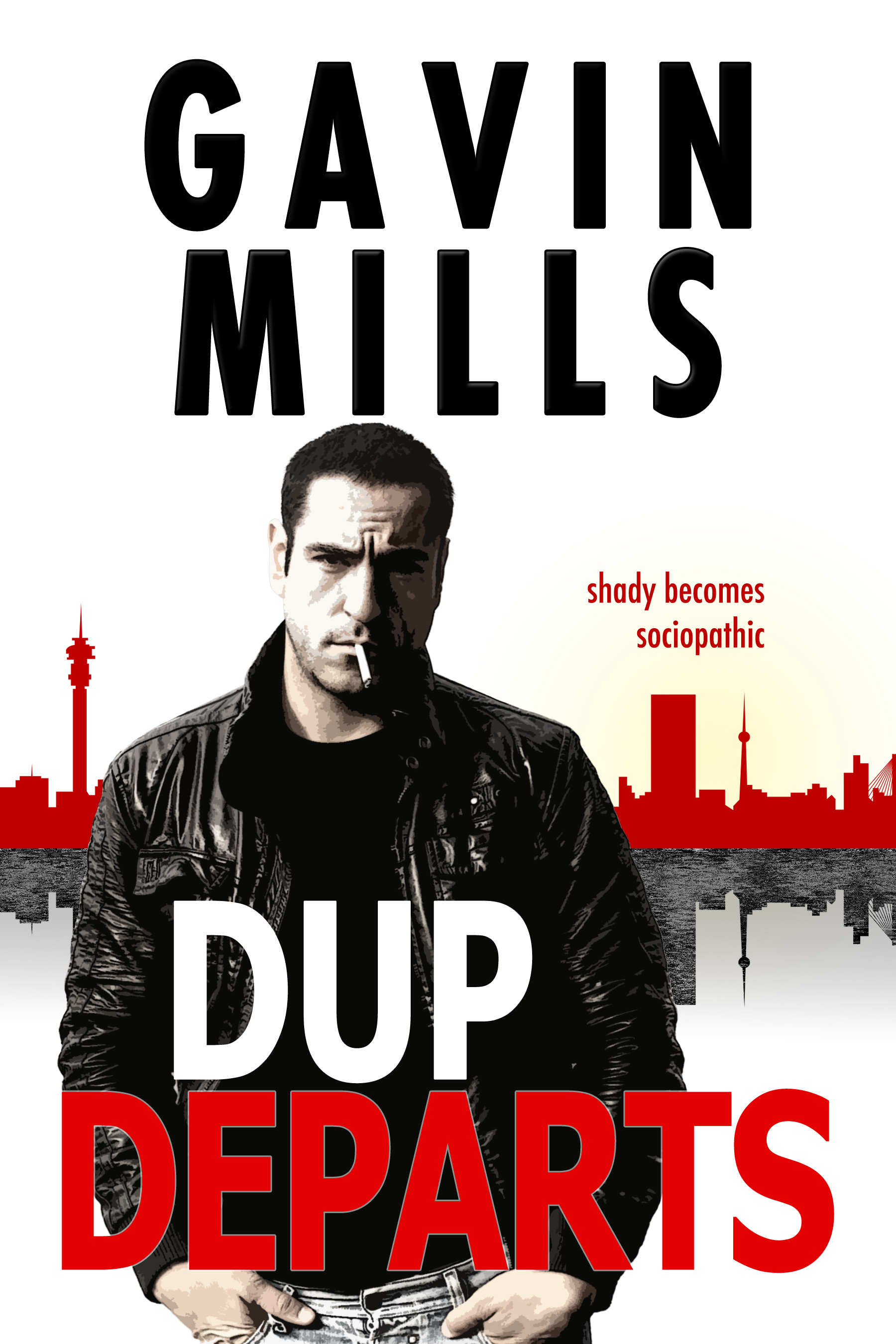 Arnold Du Preez, known as Dup to his friends has had enough. It’s time to get out, time for a fresh start. And it looks like there’s a way. But will he be prepared to pay the price? Will he and his family be able to make it through and still stay alive? When you’re dealing with rogue cops & politicians, organised crime, and a Nigerian movie maker with a murky past, anything is possible.

Dup Departs: Sees a likeable and resourceful suburbanite thrown into a maelstrom of drug warfare, police-corruption and murder. With the bank barking at his heels and depressed about the modesty of his achievements as a filmmaker, Dup is ready for a big score. It will be his family’s ticket out of a South Africa falling apart at the seams; a chance for a new start.

To survive, Dup must draw on psychological reserves never used before, keep his panicked family safe, dissemble and lie and make crazy alliances. It’s a suspenseful ride through an underworld neighbourhood with a hero totally unequal to the task. And yet … there may just be a way out, if only Dup can hold his nerve…