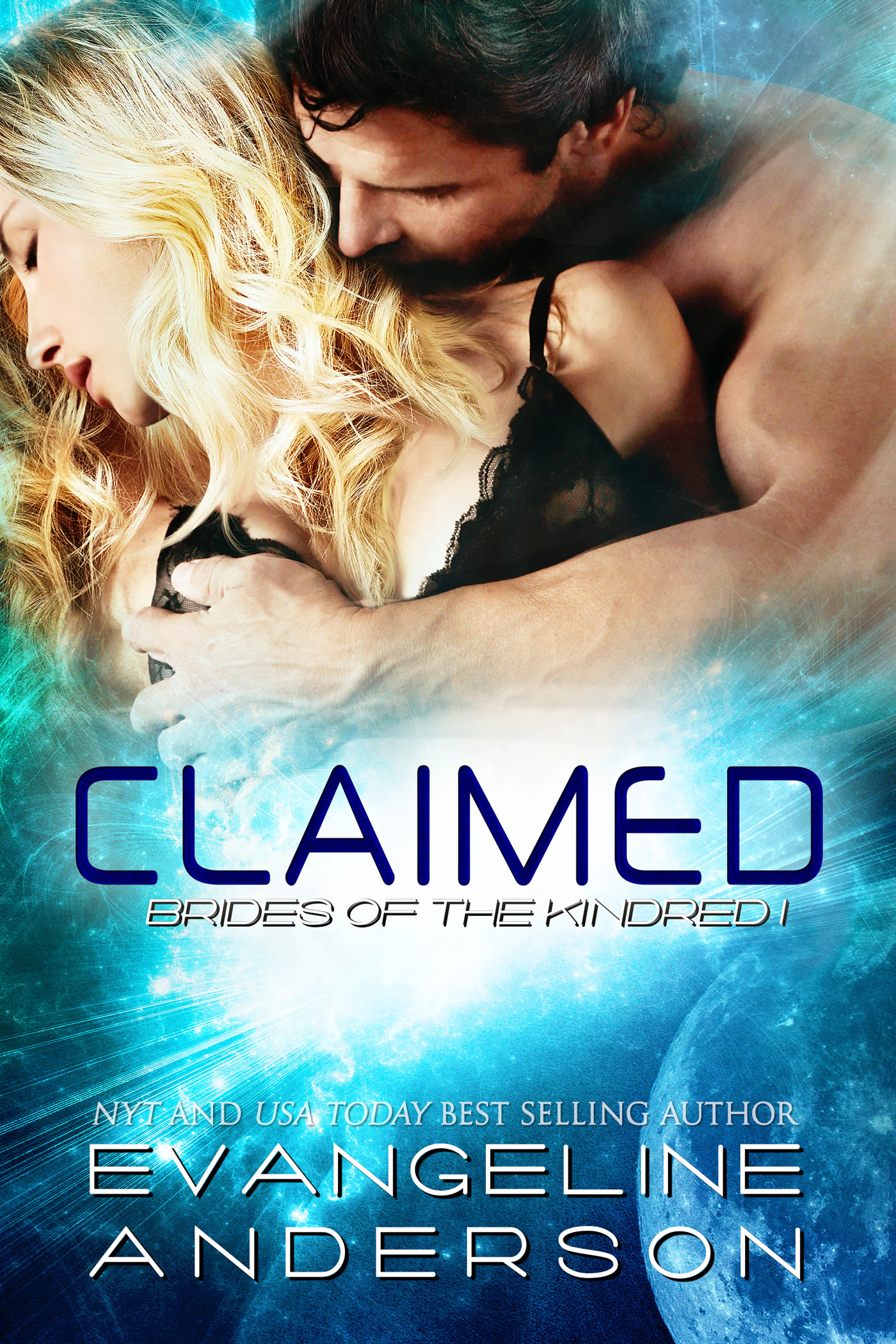 Series Name:   The Brides of the Kindred

Brides of the Kindred–

A race of Genetic Traders from beyond the stars.
Three very different types of Alpha males
all focused on one thing…claiming their brides

In all their years of travel the Kindred have come across only three worlds with
species close enough to their own to initiate a trade.
Earth is the fourth.
Olivia Waterhouse is about to be Claimed.

Brides of the Kindred Book One—Claimed

Olivia Waterhouse has just graduated from nursing school and has her whole life ahead of her—until she gets drafted. Problem is, she isn’t being forced into the Army, she’s been chosen as a Kindred bride.

The Kindred are huge alien warriors—a race of genetic traders whose population is ninety-five percent male. After saving Earth from the threat of invasion they demand a reward—the right to find brides among the population. The chances of being chosen are about the same as those of winning the lottery—guess it’s just Liv’s lucky day.

Baird is a Beast Kindred who recently escaped imprisonment and torture at the hands of the malevolent Scourge. Through the torment and pain only one thing kept him sane—the thought of finding and claiming his bride—Olivia. His need to possess her is a burning intensity that threatens to consume them both.

Angry at having her future and her family taken away from her, Liv vows to fight back the only way she can—by resisting. She has one month on the Kindred Mothership with Baird—their claiming period. If she can keep from having bonding sex with him during that time, she can go home and get on with her life on Earth.

But Baird isn’t going to make it easy for her. Every week he is allowed to touch Liv more and more intimately and according to the contract she signed, she has to let him. She’s determined to resist him but his touch sets her on fire. And just as she thinks she knows what she wants, a twist of fate and an attack by the faceless Scourge AllFather changes everything…

Brides of the Kindred
The Series

In all their years of travel the Kindred have come across only three worlds with
species close enough to their own to initiate a trade.
Earth is the fourth.

Beast Kindred—Savage in battle these dark, brooding warriors from Rageron bring their passion and intensity to the bedroom. They possess a very special endowment that ensures every sexual experience is a tantric one.

Blood Kindred—Cold as ice to their enemies, these tall, blond warriors from Tranq Prime warm up when they find the right woman. But be careful…they bite.

Twin Kindred—Muscular and rugged, these warriors from Twin Moons always come in pairs and cannot be separated. They experience physical pain when parted from each other…or the one woman they both choose to love.

And then there is the enemy…

The Scourge—A genetic trade gone wrong, these menacing outsiders have twisted desires and sexual needs fierce enough to frighten away even the most adventurous. Their need to dominate and possess their women completely has led to a strange prophesy that they must fulfill…or die trying.