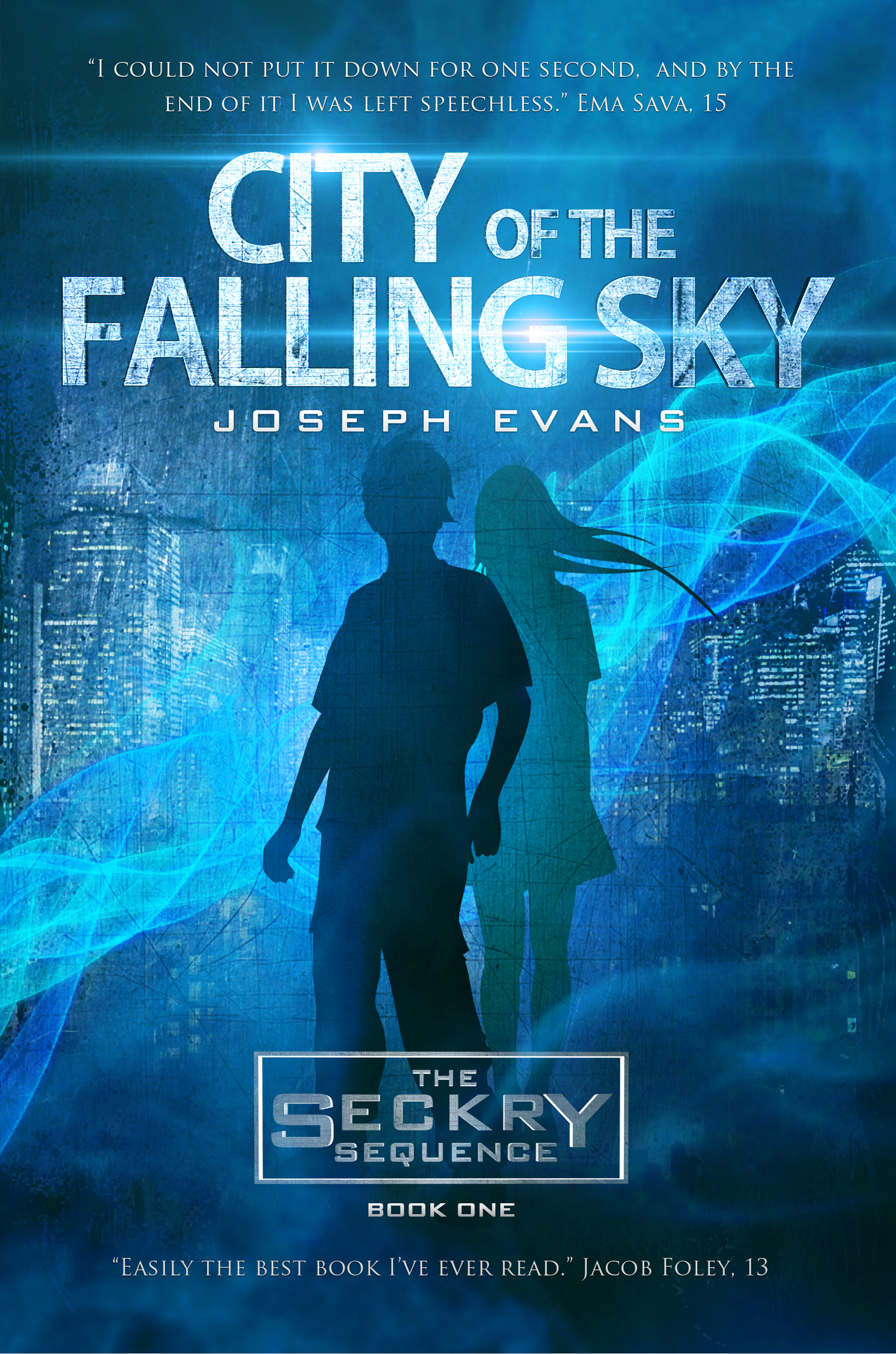 Seckry Sevenstars is just settling in to life at his new school in Skyfall City when he finds a girl with no memory in the city’s largest science research facility.

What is her name?

Why was she there?

Were Endrin experimenting on her?

As Seckry and the girl determine to find out, they realise that some people will stop at nothing to keep what’s going on at Endrin under wraps.
When fourteen year old Seckry Sevenstars is forced out of his village by the greedy Endrin Corporation and relocated to the daunting metropolis of Skyfall City, he harbours resentment for the company and vows to get them back one day for taking away his home, his school and his friends.

Fortunately, the marvels of the city do a good job in distracting Seckry from his anger and homesickness, and it isn’t long before he’s competing at Friction (the city’s most popular multiplayer video game), slurping awe-inspiring multicoloured milkshakes, and getting butterflies on his first date.

Then, when a mysterious email asks Seckry to break into the headquarters of the Endrin Corporation and steal a container full of worms for a hefty sum of money, his anger resurfaces, and he can’t resist the revenge he promised himself.

Alone at night, Seckry creeps through the sewers whilst wondering what experiments Endrin might be doing on the worms, and emerges into the silent complex. But the worms aren’t the only thing that he finds. Staring at him through the darkness, with wide, innocent eyes, is something that makes Seckry’s heart almost stop.

She’s shaking, petrified, and has no recollection of who she is or what she’s doing there.

Floodlights bleach the area and Seckry has no choice but to grab a hold of the girl and escape with her.

Suddenly the question of what Endrin were doing with a few worms becomes the last thing on Seckry’s mind. What were Endrin doing with a human?