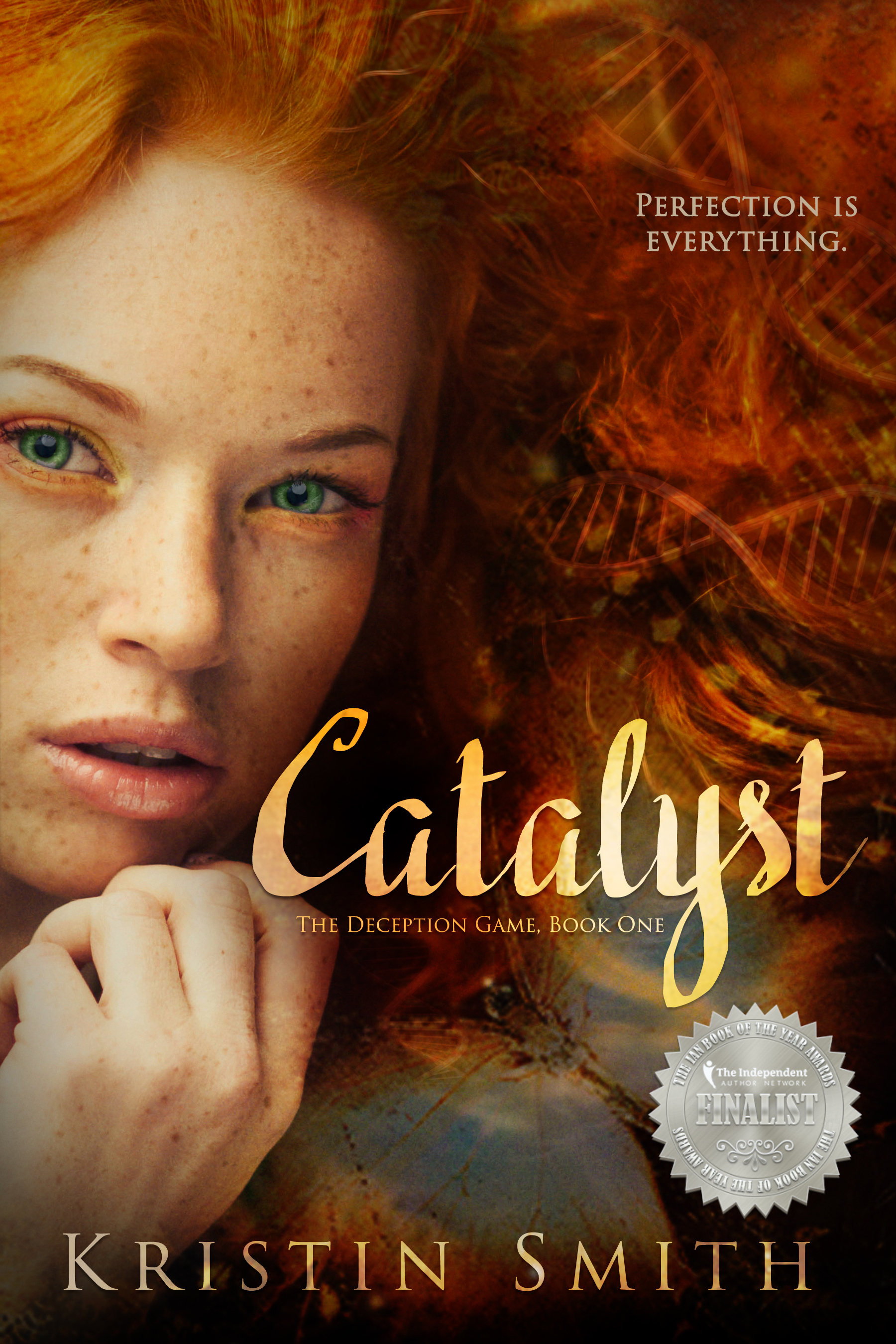 Too pretty.
Too smart.
Too perfect.

In a crumbling, futuristic Las Vegas where the wealthy choose the characteristics of their children like ordering off a drive-thru menu, seventeen-year-old Sienna Preston doesn’t fit in. As a normal girl surrounded by genetically modified teenagers, all of her imperfections are on display. But after the death of her father, everything she’s ever known and loved changes in an instant.

With little skills to help provide for her family, Sienna clings to the two things that come easily—lying and stealing. But not all thief-for-hire assignments go as planned. When a covert exchange of a stolen computer chip is intercepted, she becomes entangled with a corrupt government official who uses her thieving past as leverage, her mother as collateral, and the genetically modified poster boy she’s falling for as bait.

In order to rescue her mother, there may only be one option—joining forces with the Fringe, an extremist group, and their young leader who’s too hot to be bad. Problem is, these revolutionaries aren’t what they seem, and the secrets they’re hiding could be more dangerous than Sienna is prepared for. In the end, she must be willing to risk everything to save the one thing that matters most.

“A gripping thriller with a tough, but vulnerable heroine who must fight against a corrupt underworld while searching for her father’s killer. High stakes and non-stop action paired with terrific writing will have you turning the pages late into the night.”
~Kimberley Griffiths Little, award-winning author of the Forbidden trilogy (Harpercollins)

“Catalyst is a stunning and unique addition to the dystopian genre. Fans of The Maze Runner and Divergent series will devour this series opener.”
~Sherry D. Ficklin, Bestselling Author of Queen of Someday

“An amazing young adult thriller! Full of intrigue, high stakes, and danger, this read will keep your heart racing and your mind turning deep into the night.”
~Jessie Humphries, Bestselling Author of The Ruby Rose Series

“An action-packed sci-fi thriller filled with romance, danger, and twists you won’t see coming, CATALYST provides a glimpse into an eery future depicting what can go wrong when those in power attempt to make things right.”
~Ilima Todd, author of Remake“