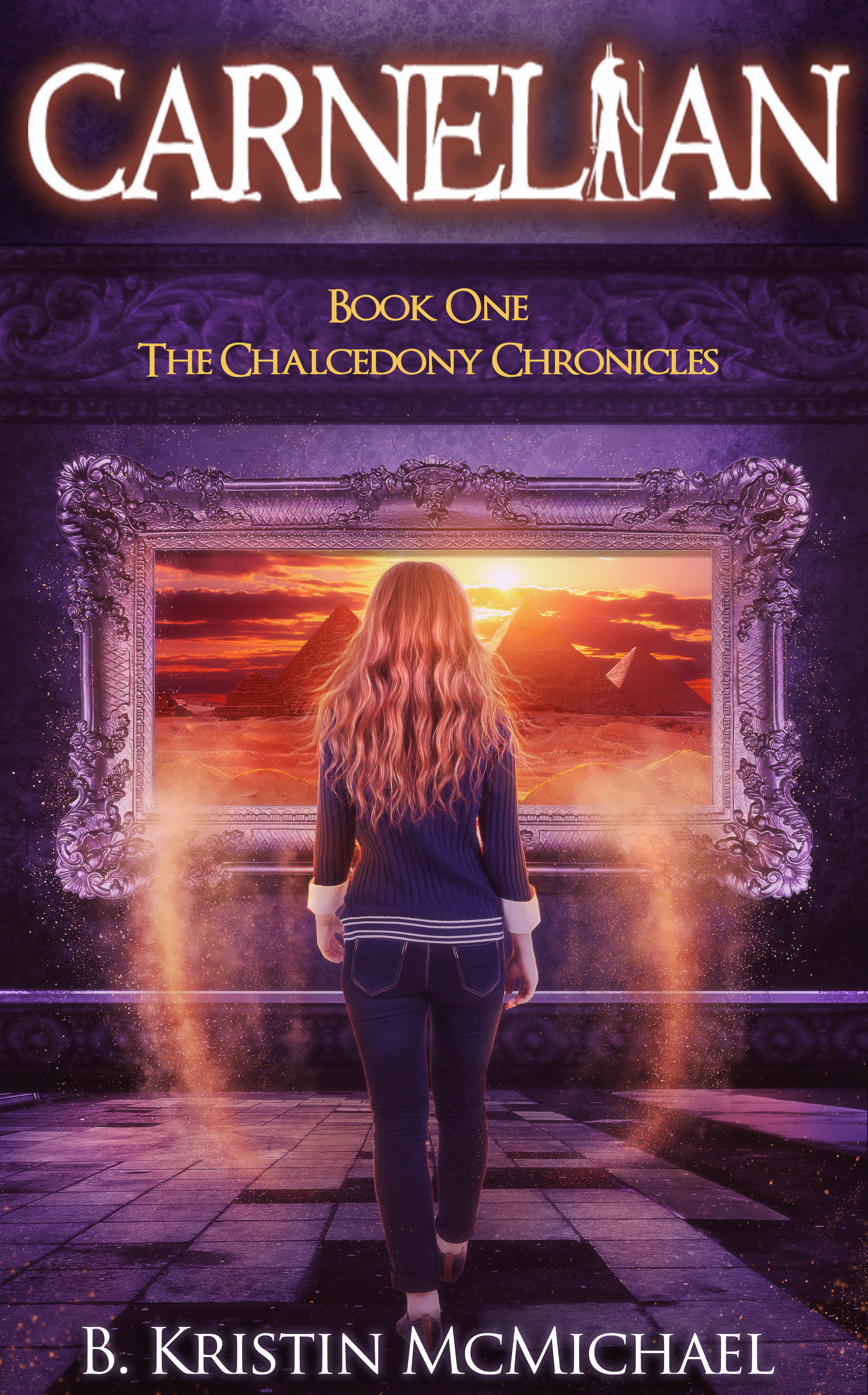 Mari’s past is deeper than she ever imagined. Going off to college opens her eyes to her past in time for her to decide her future.
See the book trailer at: http://www.bkristinmcmichael.com/carnelian

Everyone has a past, but for most it isn’t so far in the past as Seth Sangre. His past is literally from thousands of years ago. Seth’s past led him to the present seeking something that might help him save his country from destruction. He has been in the present for over three years now, and he just found exactly what he has been looking for.

Mari had dreams of college being a fresh start, one where she would start over and not fall for the good looking player like high school. Unfortunately for her, that’s exactly what ends up falling into her lap on the first day she moves into the dorms. Now she has to hold to her promise to herself not fall for the handsome Seth Sangre. But he doesn’t plan to make it easy for her. Seth has already marked her as his next conquest. As the semester progresses, Mari learns that Seth might just have a past of his own that’s literally in the past. Suddenly, Mari finds her future along with her past put into question. She’s connected to Seth far more than she ever wanted to be, and maybe he isn’t the player who she thought he was. If Mari can trust her heart enough to follow him, Seth will lead Mari on an adventure of a lifetime-and reveal family secrets she never knew existed.