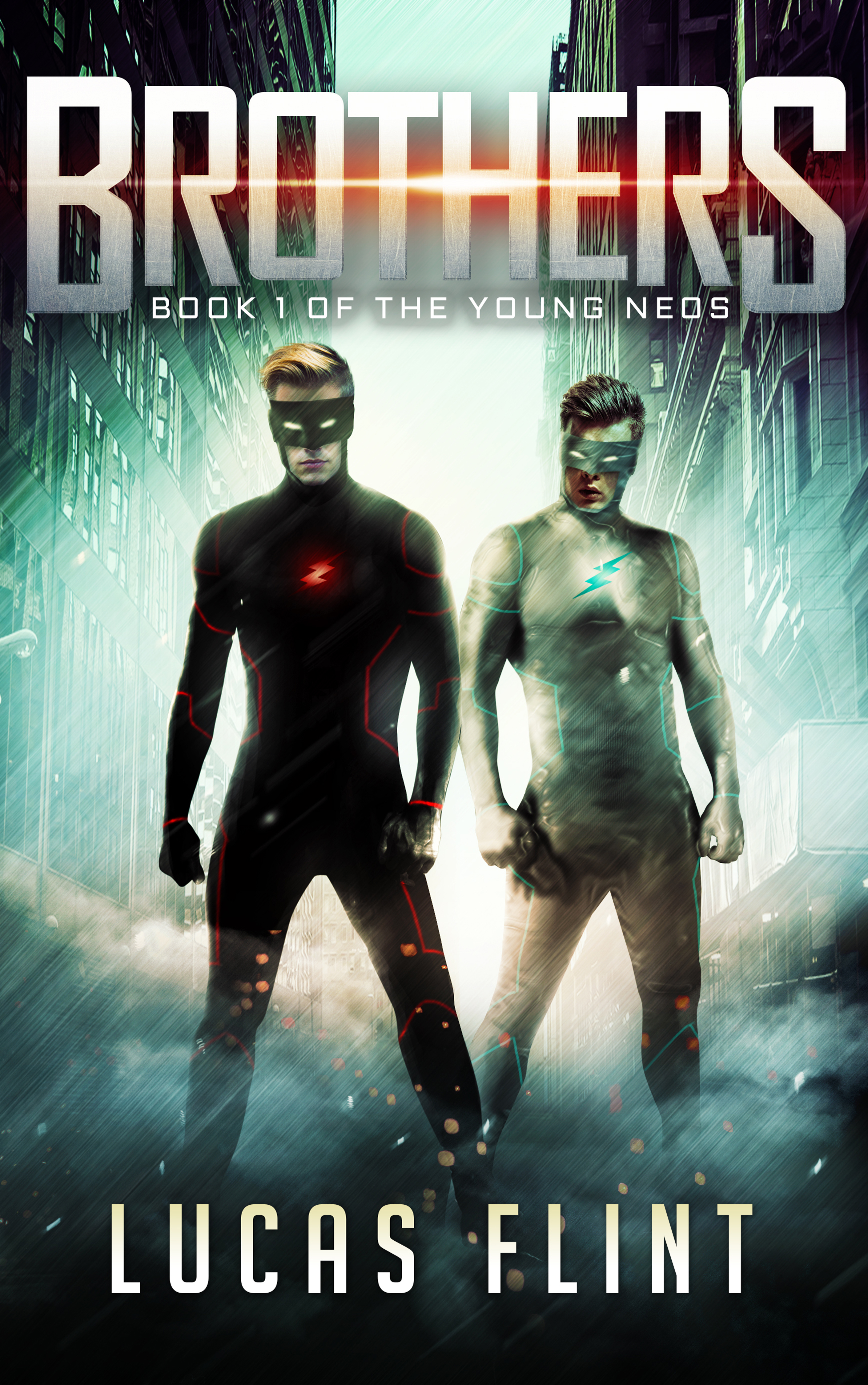 In the first book of The Young Neos, twin brothers Bolt and White Lightning deal with the sudden appearance of a new supervillain team, while interrelations within the Young Neos over White Lightning’s admittance into the group created new tensions that must be overcome.

After a year of fighting villains as the superhero Bolt, Kevin Jason must now deal with integrating his newly-rescued twin brother into the Young Neos, as well as
think about his future career as a superhero. Things become more complicated, however, when Kevin’s brother is kidnapped by a mysterious new team of supervillains whose motives are unknown but whose actions could spell the end of his brother’s life if Kevin doesn’t save him.

Despite being a member of the Young Neos for two months, White Lightning, Bolt’s twin brother, still doesn’t feel accepted by the rest of his teammates, who view him with a mixture of distrust and wariness thanks to his supervillain past. When White attempts to win their trust, he ends up getting kidnapped. Now he must break out of the facility that his kidnappers have put him in before they use him to further their own dangerous agenda.

But White’s kidnapping is merely one part of a greater plan plotted out by the supervillains’ true leader long ago, one that neither White nor Bolt may be able to
stop.