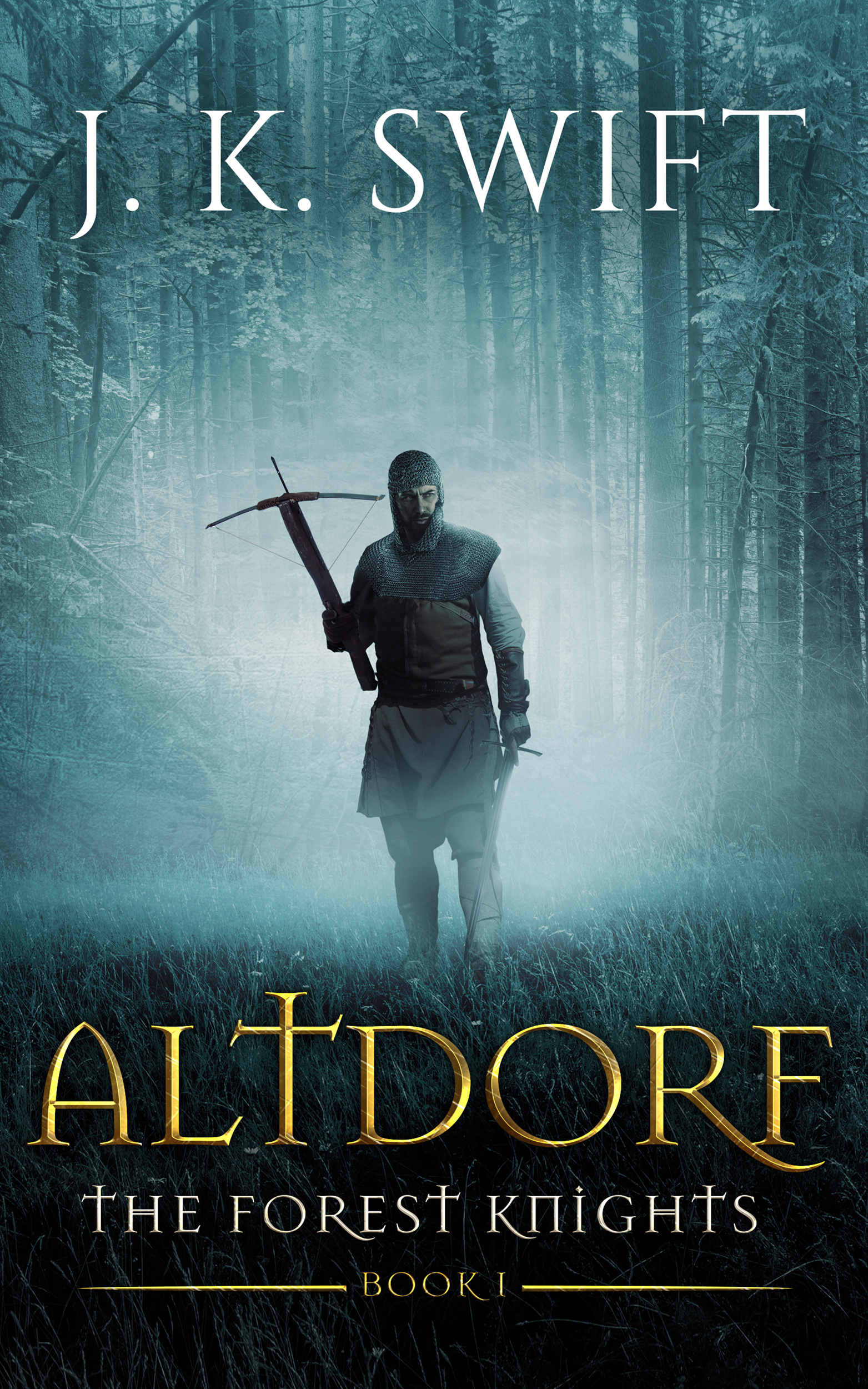 “A druid priestess enlists the help of an ex-Hospitaller warrior and a charismatic outlaw to fight Austrian tyranny in medieval Switzerland. A subtle blend of fantasy and history, Altdorf tells the events leading up to one of the greatest underdog stories of the medieval age, the Battle of Morgarten.

At the end of the thirteenth century, five hundred orphans and second sons are rounded up from villages in the Alpine countryside and sold to the Hospitaller Knights of St John. Trained to serve as Soldiers of Christ, they fight in eastern lands they know nothing about, for a cause they do not understand.

Thomas Schwyzer, released from his vows by the Grandmaster of the Hospitallers, returns to the land of his birth a stranger. Once a leader of men, and captain of the Order’s most famous war galley, he now settles into the simple life of a ferryman. He believes this new role to be God’s reward for years of faithful service fighting the Infidel in Outremer.

Seraina, considered a witch by most, a healer by some, is a young woman with a purpose. A Priestess of the Old Religion, and the last Druid disciple of the Helvetii Celts, she has been gifted by the Great Weave to see what others cannot. Her people need her guidance and protection now more than ever. For Duke Leopold of Habsburg, in his efforts to control the St. Gotthard Pass, builds a great Austrian fortress in Altdorf. Once finished, the Habsburg occupation will be complete, but the atrocities visited upon her people will have just begun.

Set in medieval Switzerland, ALTDORF, a novel of The Forest Knights, is the first
book in a two-book series...”