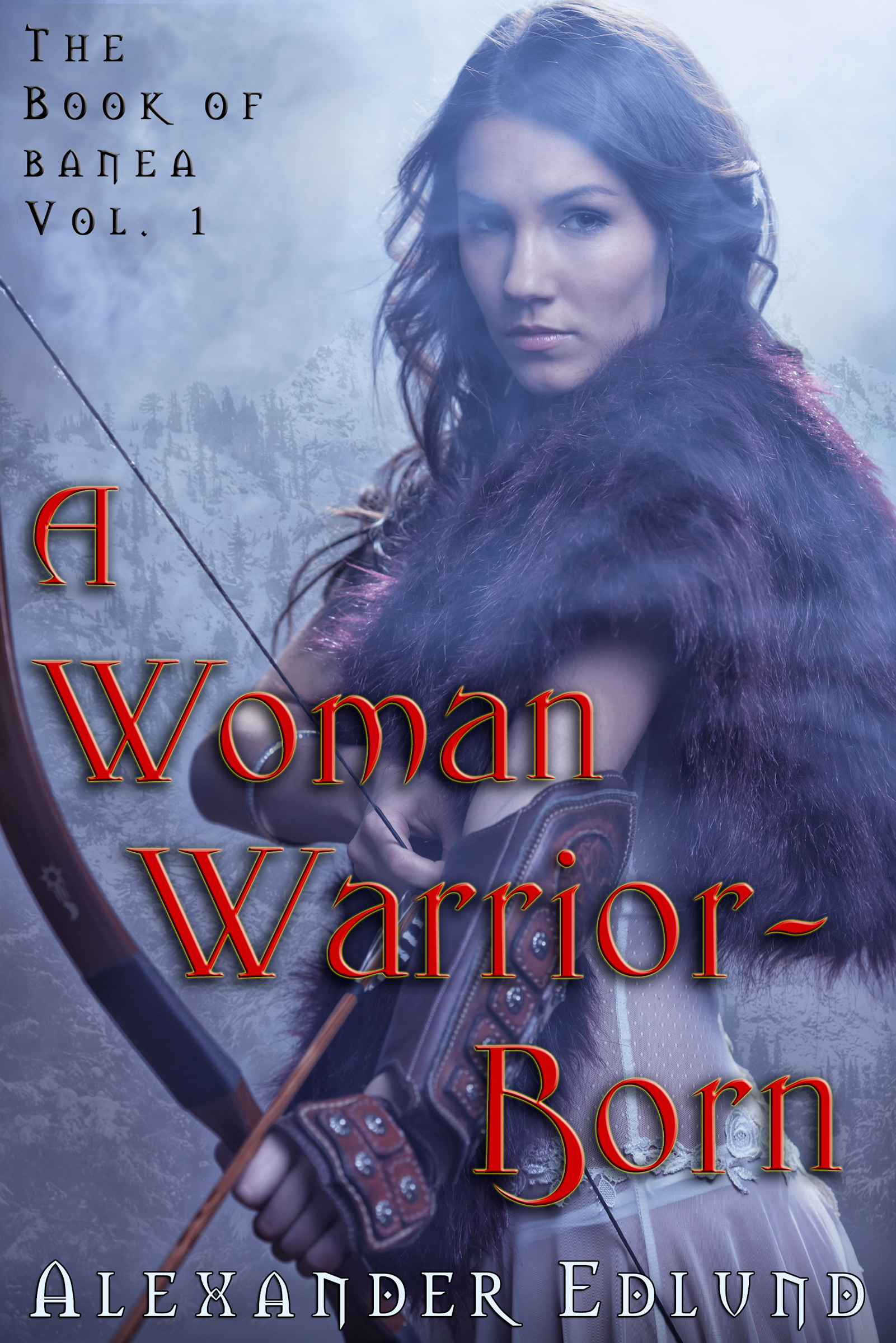 Series Name:   The Book of Banea

Breea Banea is poised to become the youngest female scholar in a thousand years, but before her testing can begin, she finds herself hunted by a beast of elemental malice in the shape of a white wolf. When she learns that her entire life has been planned to enable her to survive this battle, she sets out to find the priest who called at her birth, “A Warrior is Born.”

From Kirkus Reviews
A smashing series opener for fans of literary fantasy.

Edlund’s fantasy stars a capable young warrior who seeks more knowledge about a ruinous prophecy she herself is destined to fulfill. In the kingdom of Limtir lives 19-year-old Breea Banea, the youngest female applicant to the Library in 1,000 years. She’s an expert in woodland survival, hunting, and combat. Breea still has much to learn, however, including the potent magic of weaving and why a priest said that her birth signaled the destruction of Yash, the religious capital city of the distant realm of Yasharn. In the forest, Breea encounters the violent Lupazg, a being out of the Legend Time who can change from a man to a giant white wolf. Lupazg strikes at the Library, placing Breea’s friend and mentor, Ajalay, (and most of the Tomeguard soldiers) in mortal danger. During the chaos, a guard named SaKlu performs a coup at the Library that’s tied to the religious upheaval sweeping nearby lands. He rules in the name of Yash, proclaiming those who stand against him vile Dauthaz. Will Breea survive long enough to discover the truth about her role in the Yasharn prophecies? This first volume in author Edlund’s ambitious new series drops readers into a grandiose realm, filled with forest cats who speak the secret Breowic language and lovers who have “caught the moonstone” for each other. The prose is dense and lyrical, reminiscent of high-fantasy masterminds like M. John Harrison: “The spark hovering above her palm,” we read of Ajalay in battle, “shone like a star brought to ground.” Edlund’s cinematic action scenes feature magic that whips and writhes like a living thing (“Lupazg snarled, and frost rimed her clothing and hair”). Though many of the set pieces are standard fantasy fare—the sea battle and the bustling city—audiences will likely follow the complex Breea anywhere after Edlund’s astonishing cliffhanger.